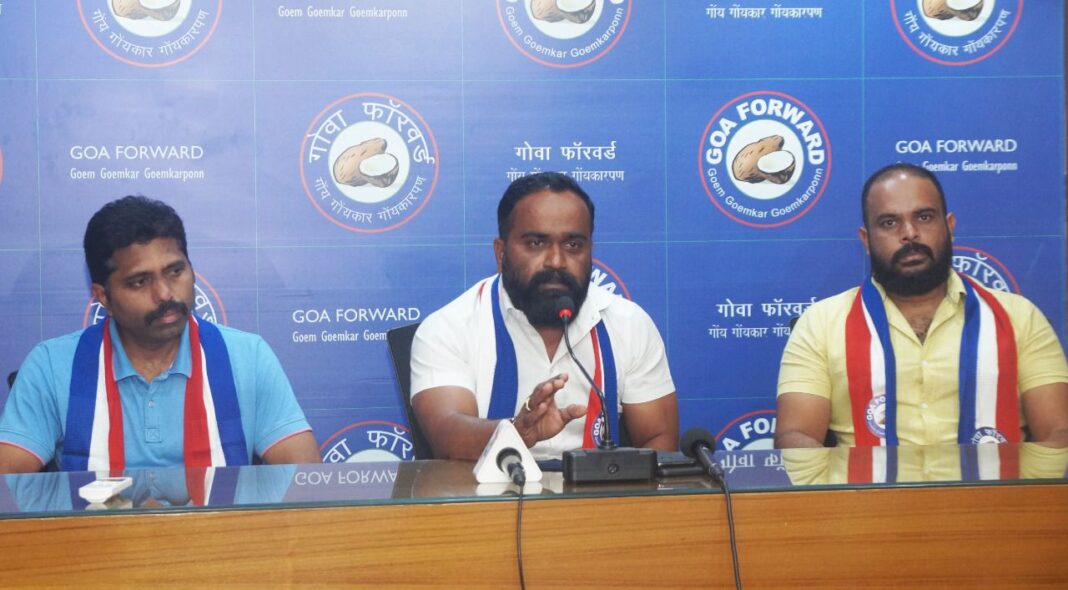 Panaji: Deepak Kalangutkar, Goa Forward leader from Mandrem, on Wednesday advised Chief Minister Dr. Pramod Sawant to visit Mandrem at least once in a week, so that proper development of this constituency takes place.

Kalangutkar on Wednesday addressed a press conference in Goa Forward office at Panaji and said that incomplete projects were inaugurated by Sawant.

Former Sarpanch of Keri Yeshwant Narvekar and Sarvesh Vaigankar youth leader of GF from Harmal were present on the occasion.

“Instead of inaugurating incomplete works, eying elections, the Chief Minister should have reviewed these works and made them complete, so the people can take benefits of them.” Kalangutkar said.

While citing an example of inauguration of incomplete works, Kalangutkar said that Bicycle track at Chopdem is inaugurated, without completing the work. “This track looks like an off-roading place. How will people ride their bicycles there.” He questioned.

He said that foundation stone for this project was laid in 2016, which is incomplete till today and has been inaugurated only to bring work in the completed list.

Kalangutkar said that the government sidelined the work of PHC, and hence people are facing problems. “Government also promised thousands of jobs in the electronic city, but it has not come into reality.” He said.

“These inaugurations are farce. People of Mandrem are prudent and will not fall prey to such political gimmicks by BJP.” He said.

He also said that BJP and MGP are overpowering each other in Mandrem, by removing their banners. “Their fights will definitely help Goa Forward.” Kalangutkar said replying to the question.

Yeshwant Narvekar said that development of every constituency should take place to increase the standard of living of people. “But this is very wrong to inaugurate projects, which are incomplete.” He said.

He said that work of the bridge, connecting Keri and Terekhol, is still not completed, though foundation stone was laid by former chief Minister Manohar Parrikar and then MLA Laxmikant Parsekar.