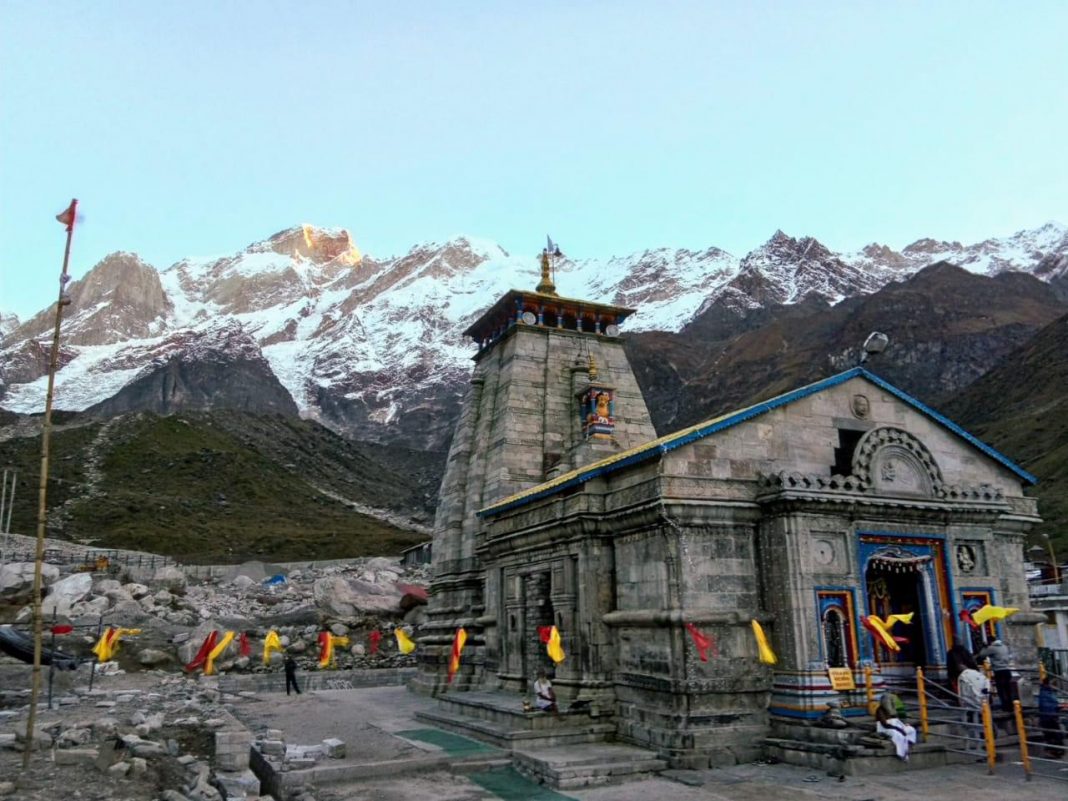 India is known for its enriching puja practices and elaborate rituals, giving you a lifetime of enchanting memories.
Chardham Yatra would enable you to explore four revered destinations of Uttaranchal – Badrinath, Kedarnath, Gangotri and Yamunotri. Char Dham beholds religious significance. Each of the Four Dhams is blessed with spellbinding scenic beauty and countless ancient temples which definitely makes it a best pilgrimage destination. Char Dham renders a spiritual experience and one must visit the pilgrims spots for a spiritualistic journey!

Lord Shiva known as Nataraja or the King of Dance is one of the most fascinating of Hindu gods.  The Destroyer, the Transformer, Mahadev, Bholenath; Lord Shiva is addressed with several names by his devotees. The Supreme being, along with Lord Vishnu and Lord Brahma form a trinity which is known to be primary aspects of the divine in Hinduism. Furthermore, he is represented as an omniscient Yogi of Mount Kailash, residing with his wife Parvati and two sons, Ganesha and Kartikeya. Shiva is the patron god of Yoga and arts. He has a third eye on his forehead, his snake Vasuki around his neck, River Ganga flowing from his matted tress (jata), a crescent moon further prettifying it. In addition to this, Damru and Trishul are two things he holds. Often he is worshipped in the form of Shiva Linga.

There are twelve most famous Shiva temples in India which are considered to be Jyotirlingas of Lord Shiva. As a matter of fact, Jyotirlingas are the radiant mark of the Lord, manifested by himself. As a person reaches a higher level of transcendence he gets to witness the jyotirlingas as columns of fire piercing in the earth. Legends of Lord Shiva are also associated with Shakti Peethas of Devi Sati (Shakti).

Kedarnath Temple happens to be one of the twelve Jyotirlingas of the lord is located in the is settled near the banks of Mandakini River in the Garhwal Himalayan Range at a height of 12000 feet on a mountain named Kedar. Near Kedarnath is the confluence of river Mandakini and Alakananda at Rudraprayag.
 Char Dham of Uttarakhand includes Kedarnath Temple of Shiva. Along with this, the temple also .  One of the holiest pilgrimages for the Hindus,  This place is approximately 125 miles away from Hardwar and 135 miles north of Hrishikesh and is accessible by helicopter, horses, dolli, kandi & on foot.

Gaurikund is a small but busy town located at the foot of Kedarnath was the last point to which our vehicle could go to reach the shrine. We stayed in a decent hotel which was formed of strong woods. The river Mandakini was roaring behind our hotel. We decided to foot out the 19 km. long winding path. Horses, Dolli (Palanquin) etc. were available there.
 We started at about 5 am. the next morning. The hilly path gradually went up and soon we saw river Mandakini far below us. There were “chattis” (small shops) all through the way. We often stopped at these shops and took tea or hot water to keep our-self warm. Snacks were also available at these shops but their price was just triple or more than the usual amount. This was due to the difficulty in getting supply from the valley. Some of them offered shelter for the night and charged money for that.

There was a circuitous main road and many short cuts. The confusing maze of steep pathways brought forth the risk of getting lost. The path was steeper and the icy winds were blowing. At last we came to a valley. The view was heart captivating. We were feeling as if enjoying the beauty of heaven or land of gods.

Kedarnath was on the opposite side cradled in the lap of majestic ice-capped mountains. We crossed Mandakini River by a hanging bridge. It rocked so much that we were afraid we would go crashing into the icy water. However, nothing bad or harmful happened. We reached Kedarnath at 12.30 p.m.

As we reached there was grinning smile on our face. It was a grand and beautiful scene. Kedarnath Shrine is scenically placed amidst the lofty, snow – covered mountains and grassy meadows covering the valleys. Immediately behind the temple is the high Keadardome peak, which can be sighted from great distances. It is believed that the temple of Kedarnath was constructed by the Pandavas on their way to heaven. At the entrance of the temple is the statue of Nandi, the divine bull of Shiva. Walls inside the temple are exquisitely carved with images. The revered Shiva Lingam housed in the temple is in the unusual pyramidal form. The temple is accessible for six months (April-November/ Akshaya Tritiya- Kartik Poornima) due to extreme weather conditions. During the winter season, the deity is brought to Ukhimath for the other six months.

The temple and its surroundings gave us a very soothing, peaceful and spiritual feeling. We can never forget that feeling throughout our lives. A famous writer has righdy said “A thing of beauty is a joy for ever” and temple Kedarnath contains that eternal beauty.  Immense belief of people in Lord Shiva is a testimony of his miracles and legends

05 Reasons why every Travel Soul must visit Kedarnath once in a lifetime-
1. To witness the scenic beauty of snow – capped mountains.
2. To test the endurance of that 20 km Strain and steep walk.
3. Experience the added holy environment and take blessings of the almighty lord Shiva and Himalayas.
4. To feed our yearly tired soul with vibrant energy in the surrounding of mesmerising beauty.
5. To evaluate the lifestyle of the locals..and help the needy families who are dpendent on tourists as the major source of income.