Did it really happen or we are still living a dream? By Sahish Mahambrey 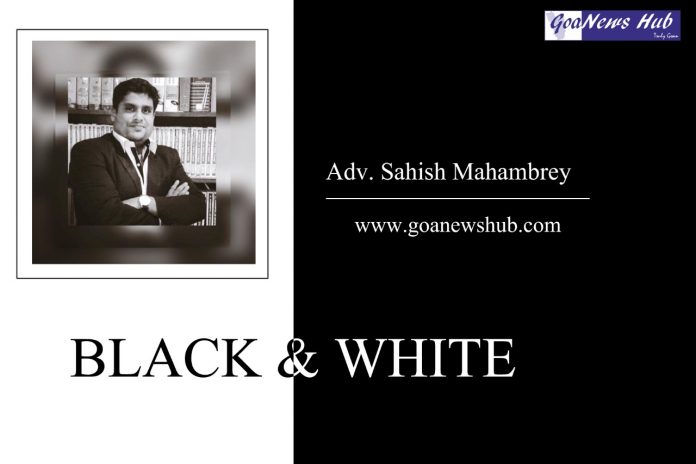 A surreal path breaking afternoon session at Gabba saw one of the greatest Test wins and most memorable series sans 2001 Series back in India between same sides .The 2001 series justified confidence in the game post the 2000 match-fixing scandal ,whereas this series has been the launch pad to hail the new hero’s of the Indian Cricket .To put things in right perspective on a tough tour like this ,the team needs it best personnel on the field

The Aussies will take weeks to unravel the wreckage caused by the storm that hit them when they were all over the tourists just a month ago on 19th December ,2020 when they had decimated the batting line up for mere 36 runs .

Often the embarrassing defeat is the best thing that can happen to teams and individuals. The passion to perform better in tough times ignites and can lift the morale of the entire team .For me, Bumrah’s spell at MCG (2nd test)on the first day to reduce Australia to under 200 and Rahane’s Century in the First innings in the same test just changed the momentum of the series.

Sans Virat Kholi the Australians definitely underestimated the Indian bench strength which is the envy of world cricket .This used to be an Aussie asset, where Australia A were better than England and played Australia in the 1994-95 ‘World Series’ final. Ricky Ponting, Matthew Hayden, Michael Bevan, Justin Langer were all part of that ridiculously stacked ‘A’ team.

But have a glance at this 11.KL Rahul, Prithvi Shaw, Virat Kohli, Hanuma Vihari, Hardik Pandya, Ravindra Jadeja, Wriddhiman Saha, Ravichandran Ashwin, Mohammed Shami, Ishant Sharma, Jasprit Bumrah , Umesh and Kuldeep Yadav have taken turns carrying the drinks due to injury layoffs. Incredibly, none of that star-studded line-up were members of the motley crew that stormed the ‘Gabba” fortress.

A string of injuries should have been a road block for Team India but all of the replacements stood up manfully.Turns out having a cricket-mad population of 1.3 billion is pretty handy at times

Apart from troubles with opening batsmen David Warner and Will Pucovski, the hosts were at full strength for the series, and still had themselves stripped  in an embarrassing and seismic defeat.

Best bowling attack came to power against the young guns of Indian Cricket. Irrespective of the results in the series Australia still has an outstanding bowling attack and it probably still deserves to be rated the best on the planet.

But the India series also revealed some cracks in the armor. Post 36 Runs decimation the media around the world had crowned the Australian attack as the best in the world and the best ever .

But that performance sparked & marked the beginning of Australia becoming too reliant on the outstanding Pat Cummins and Josh Hazlewood.Cameron Green didn’t take a wicket all series. As we were nearing the end of the fourth test Starc was low on confidence and Paine too had lost confidence in him .

While Lyon was surprisingly and comprehensively out-bowled by his Indian counterparts over the course of the series.

The mindset of the Indian players has been impeccable. They believe if they are good, there is nobody in the world to stop them. They don’t play to please people around them. They just believe in themselves. This has a lot to do with the IPL .The brand of fearless cricket has germane in India .The trend has hit even the Domestic circuit and even at club level. Gill, Pant , Natranjan , Thakur , Sundar and to the churn the grind experience of Pujara , Rahane , Ashwin , Vihari , Bumrah and others just proved to be fatal for the fully loaded Aussies ,who never came up close to winning after the first test .

Team Australia is heading towards an identity crisis as regards the brand of cricket they are playing and want to play. But in the cricket sense, Tim Paine’s meltdown is right up there on the confounding scale.

Australia thought it had found its solace in Paine, as he went about restoring credibility and respect after Sandpaper-gate. From being the Man of the Match in first test to being “Pain” behind the stumps in third test dropping some sitters and missed stumping of Pant in the 4th test .The world has been a roller coaster ride for him in a month and that has hit the team the most. In comparison, Rahane stood like a rock of “Gibraltar” in tiring times. Going overboard with stump mic banter clearly demonstrated the mindset of the team & off guard Australia allowed the opponents of the hook post First test.

All that hard work turned to custard at the SCG as Paine took his frustrations out on umpire Paul Wilson then Ravichandran Ashwin, who must be still smiling in sleep. In all India discovered a Hero every session and the Australians just found ways to give up the initiative every session.

The horrors of 1992 , 1999-2000, 2011-12 and 2014-2015 tours to Australia have become a distant memory. If 2018-19 tour down under Germane  the seed ,this test tour will be inked in the history for at-least half a century as the tour “when the irrepressible became immortals “.The day when Australians raided and  fortress “Gabba” was conquered by indomitable and implacable spirit of an Indian Team .