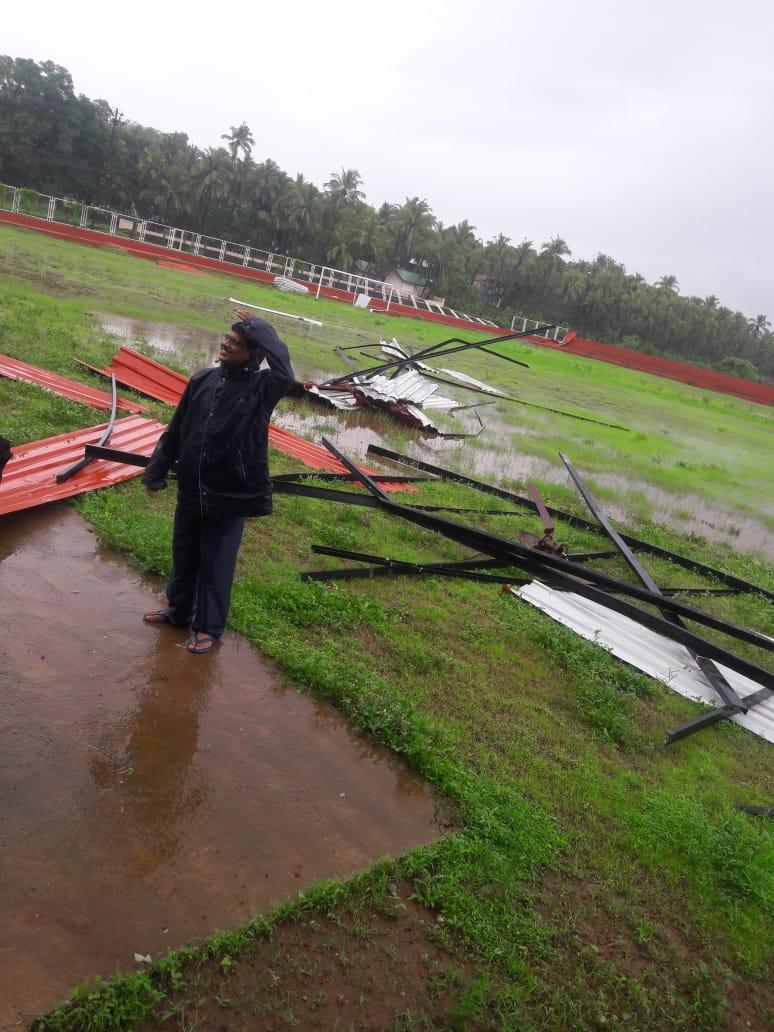 Locals claimed that the wind blew on Saturday night with heavy speed. The trees were uprooted and even the paddy fields which were taken for cultivation got affected.

In some places, even the winds affected the houses, but there was no major damage.