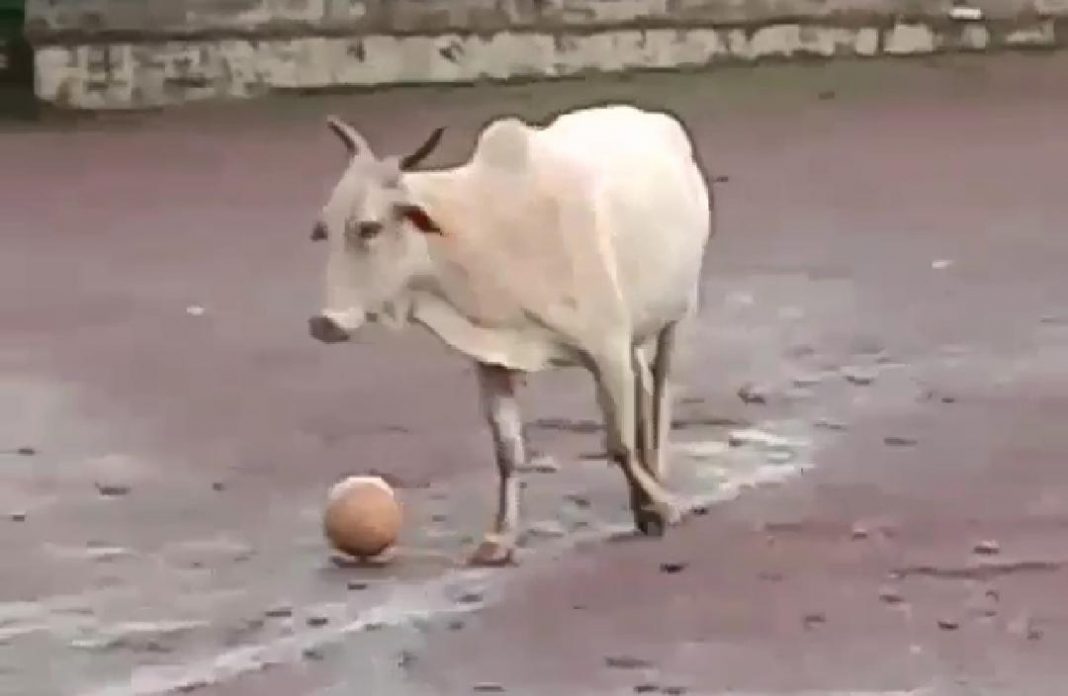 Mardol: Video of a cow playing football at Mardol ground is making buzz on the social media.

As per the video which was shot on a ground at Mardol, the cow is adamant to give away football, keeping it between her legs. She is seen not letting any player to touch the football.

The three minute video is viral on social media with people amazed with the skill of bovine.