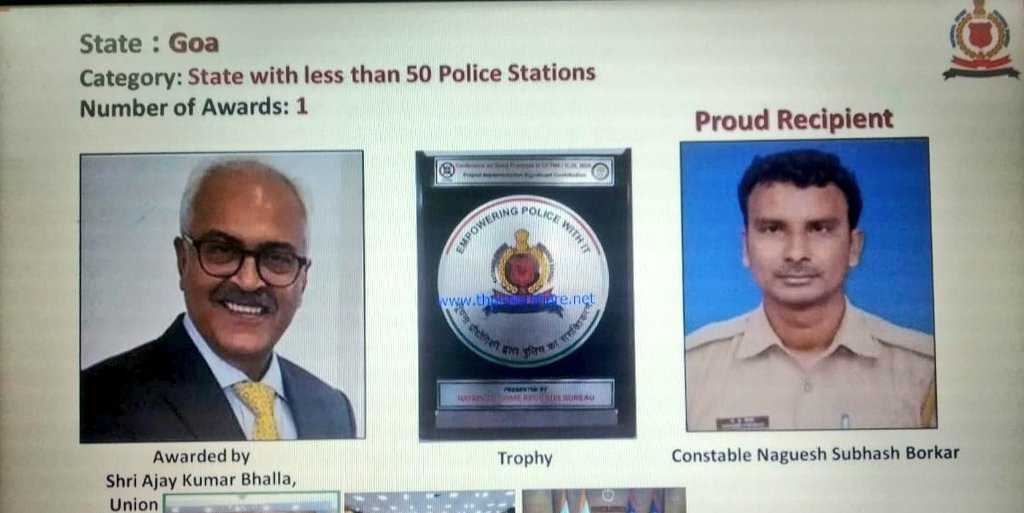 Panaji: In a proud moment for Goa, Margao police station’s Constable Naguesh Subhash Borkar has been awarded a national award for his contribution. Police Constable Borkar was awarded by National Crime Records Bureau (NCRB) during a virtually held webinar.

Announcing about the same South Goa Superintendent of Police Pankaj Kumar tweeted, “Congratulations to PC Nagesh Subash Borkar of PS Margao town. He has been awarded by NCRB, New Delhi for his dedication and sincere efforts put into the Crime and Criminal Tracking Network & Systems (CCTNS) project.”

PC Borkar won the award under the category of “State with less than 50 police stations”.

The National Crime Records Bureau (NCRB) announced awards to the best performers who did an excellent job with regard to CCTNS and Interoperable Criminal Justice System (ICJS) in the last one year.