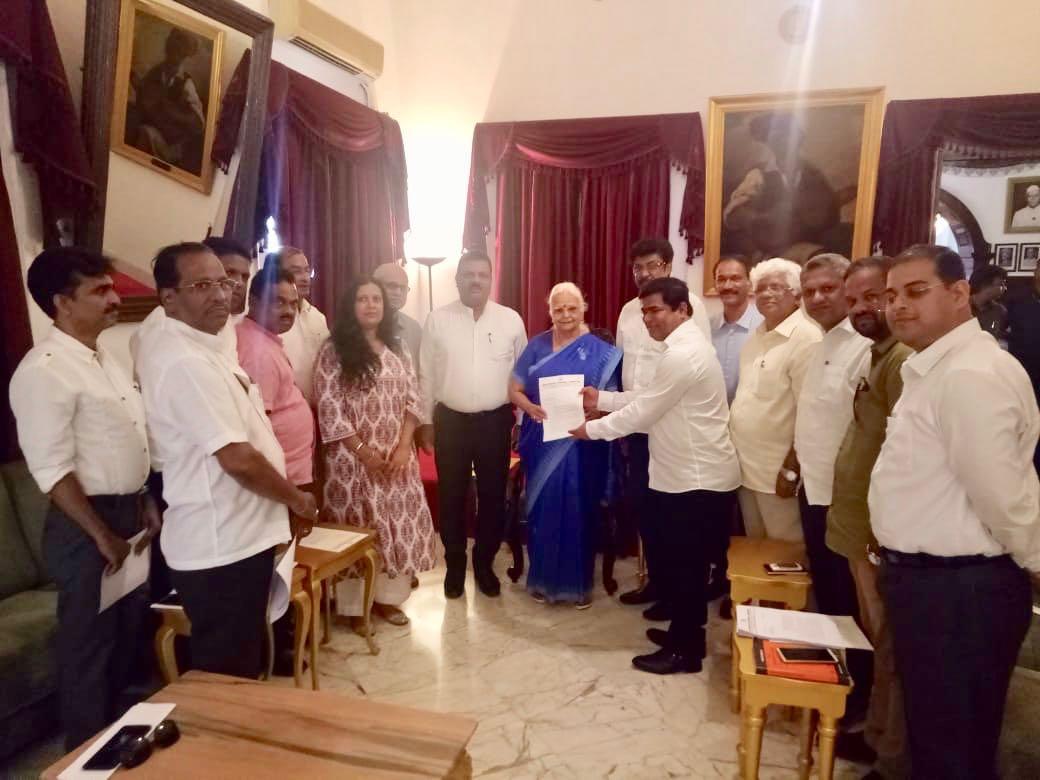 Dona Paula: A delegation of Congress party today met Governor and demanded her intervention in the current scenario vis-à-vis constant absenteeism of the Chief Minister and sickness of two ministers.

Chellakumar said that there has been a total collapse of the State government and in such situation, the intervention of the Governor is expected to restore the normalcy.

He said that Chief Minister has been frequently flying to the USA for his treatment while the exact nature of his illness is not disclosed to the public by the State government while two other ministers – Pandurang Madkaikar and Francis D’Souza – are admitted in hospitals with serious ailments.

Chodankar said that the Congress had given memorandum twice in the recent past – on April 16, 2018  and May 09, 2018 – asking her to intervene but both the times she refused to take any step.

“If she had to listen to us in the past, then the current health of the State administration would not have prevailed,” he said adding that BJP National and State leaders and Governors were responsible for deteriorating health of Parrikar.

The Congress leader demanded that Chief Minister should provide fitness certificate before joining the work again after he returned from the USA.

Parrikar had came back to Goa yesterday after his follow up treatment in the USA.

Chodankar said that there is complete collapse of the administration due to frequent absenteeism of the Chief Minister.

“While the Chief Minister has been away, he has not even found it necessary to even hand over acting charge of the  Ministries held by him to any of his Cabinet colleagues, which  act is not only unprecedented but surely dubbed as most high
handed, autocratic and undemocratic which has only led to the  complete collapse of the State’s administration,” he said.

The Congress leader said that when the Chief Minster was undergoing treatment in New York, officers were deputed with files to New  York, to obtain his signatures.

Chodankar has said that since Governor is Constitutionally the repository of power of the State,  it requires that she should take affirmative action as a Governor, as being  done by your counterparts in several non-BJP ruled States, else,  that would only mean that you are tacitly giving your approval to this sordid state of affairs but also failing to uphold the Constitution and Constitutional values, functions and duties, for which you have taken oath.

Previous articleNews about Congress legislators was plot by BJP to create confusion: Chellakumar
Next articleCommittee constituted to prepare roadmap for formulation of State Level Export Strategy