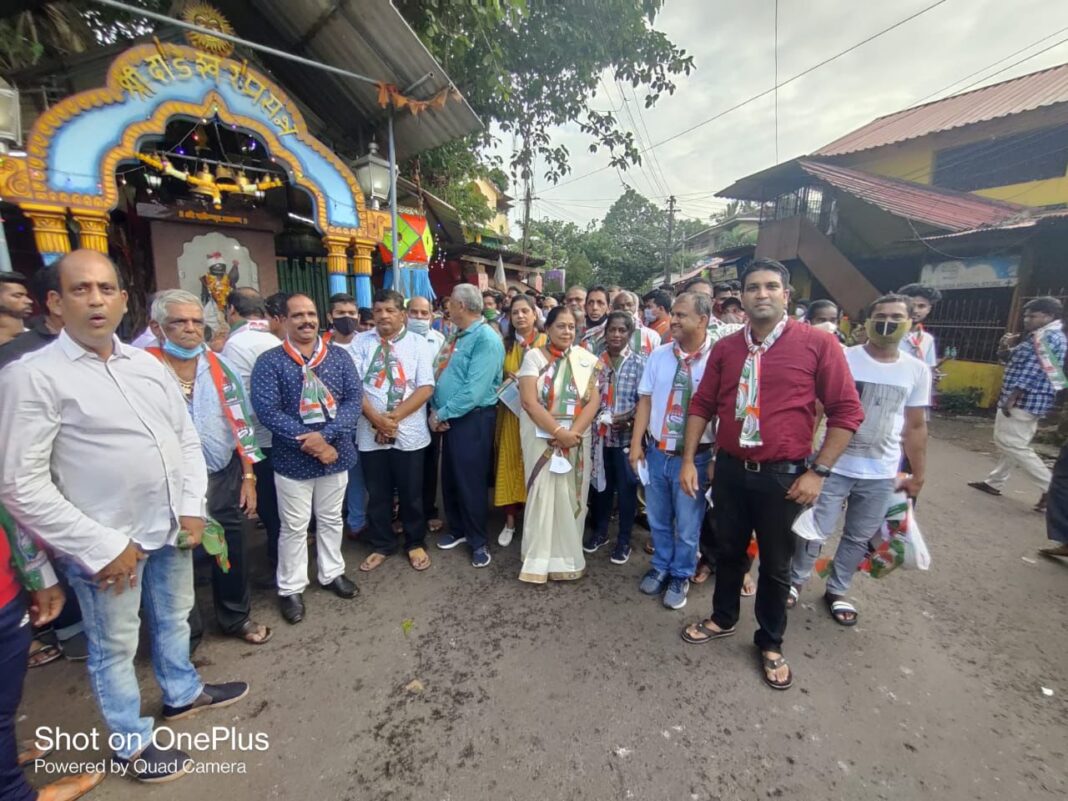 Saligao:- A padayatra , Mhargayecho jagor, was today held in Saligao constituency, as part of the GPCC program being held all over the state to create awareness about inflation & price hike.

A 400 strong crowd comprising staunch congressmen participated in the padayatra that began at the Verem market and terminated at Nerul market.

The members created awareness among the shopkeepers and residents along the route regarding the inflation and price rise by the insensitive BJP government.

Mr Dinesh Gundu Rao , while addressing the workers at the end of the rally congratulated the workers and the people of Saligao for a good program and advised the workers to continue the awareness programmes on price rise in all parts of the constituency in the coming week.

He assured the people of Saligao that this will be a Congress constituency, looking at the strength of the party workers in Saligao constituency.

Previous articleCM must clear if 5 films selected in Goan Premier and Non- Premier sections will get benefits under film finance scheme – Digambar Kamat
Next article16 New infections,  one died  due to covid-19 in Goa on Sunday