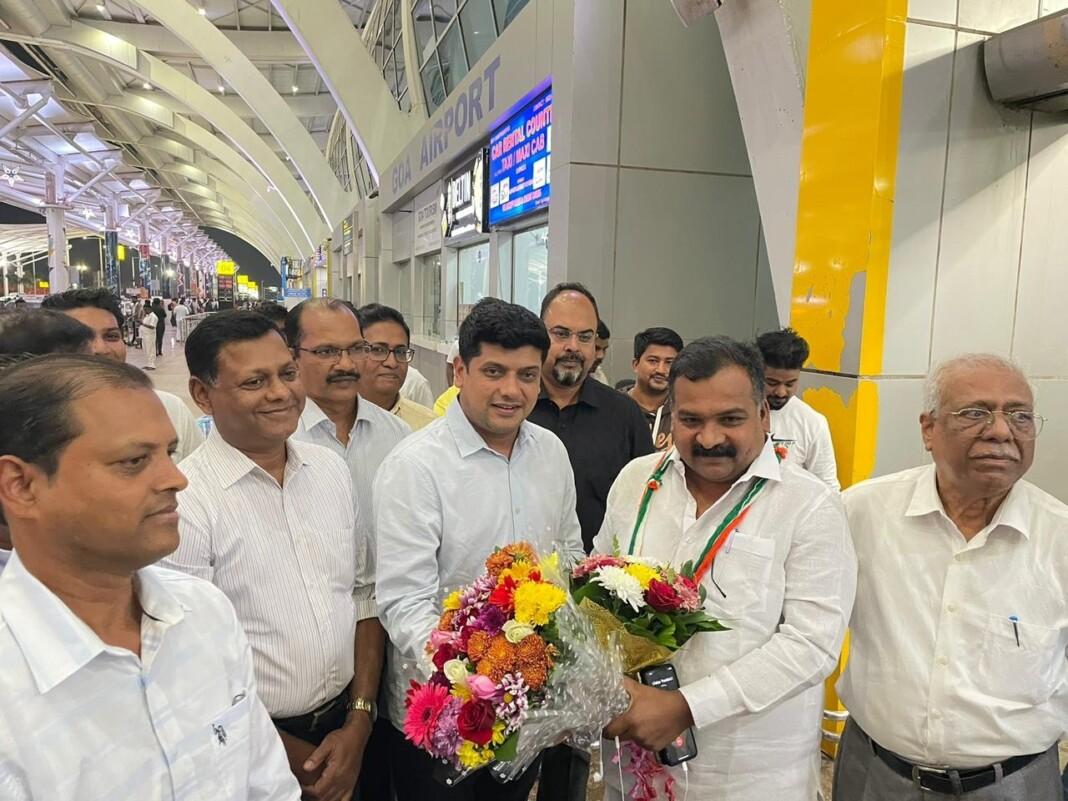 Panaji: All India Congress Committee Goa Desk in-charge Manickam Tagore arrived on his first ever visit to the coastal state on Tuesday.

Goa Pradesh Congress Committee President Amit Patkar said Tagore, who arrived on Tuesday, was received by the office bearers of the party at Dabolim Airport.

Patkar said that Tagore will be holding meeting with the office bearers of the party during his visit to Goa on Wednesday.

Rao’s transfer from Goa had come at the backdrop of differences of Karnataka with its neighbour over Mahadayi water row.