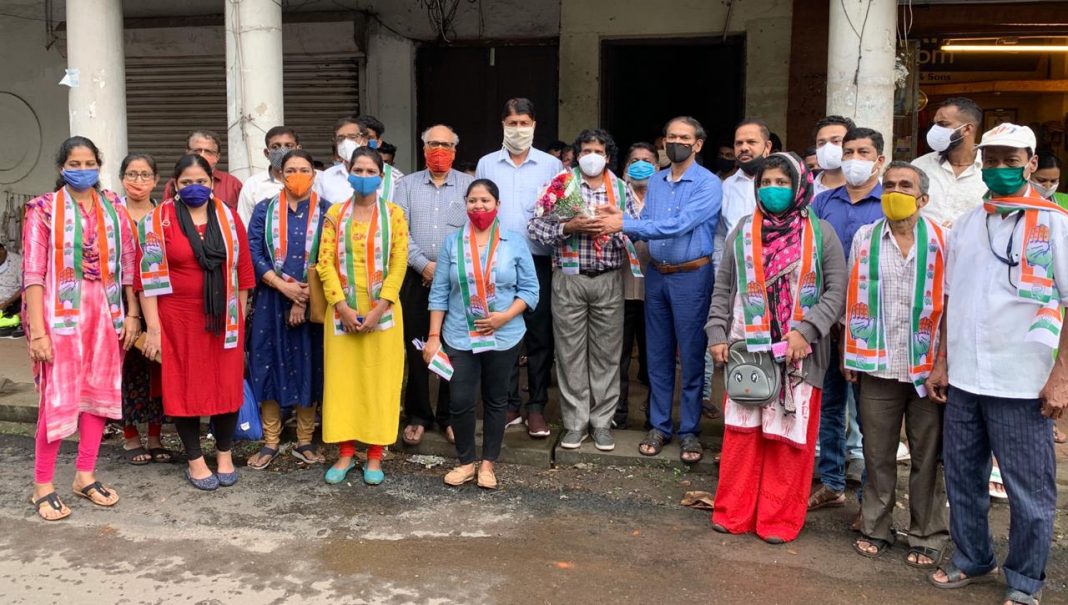 Panaji – Congress Party always respected peoples sentiments and worked for the Common Man and gave people friendly governance in Goa. People of goa have now realized the difference between the Congress regime and the self centered BJP regime and hence people all across the State are once again joining the Congress Party claimed CLP leader and Ex Chief Minister Digambar Kamat.

He was addressing the media during the joining of the film producer Uday Salkar from Tivim Constituency along with hundreds of his supporters and fans in the presence of GPCC president Girish Chodankar, General Secretary Amarnath Panjikar, North Goa District Congress President Vijay Bhike, Tivim Block Congress President Satish Chodankar and others. 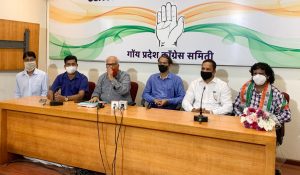 GPCC President Girish Chodankar welcomed the new members in the party and expressed confidence that more and more people will join the party in the coming days. He said people are fed up with BJP government and its policies.

I am proud that an Artist and film producer Uday Salkar has joined the Congress party today.
It is because of the people friendly governance during the Congress regime that people are now feeling that we must come to power again. 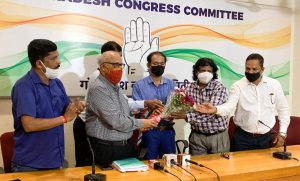 The Congress Government always took decisions as per the wish and sentiments of the people of Goa. We scrapped the SEZ’s on peoples demand. My Government involved every Panchayat along with the experts while preparing the regional plan of Goa. We respected the views of the parents and Students while taking decision on Medium of instructions stated Digambar Kamat.

Digambar Kamat also reminded about the film finance scheme launched by Congress Party to encourage the local film fraternity and expressed displeasure that the BJP Government kept the said scheme in abeyance after 2012.

He said that the South Goa District Hospital which has now given relief to Covid Patients was kept without completion for almost 8 years by BJP Government after coming to power in 2012. He said almost 67 percent work of the said hospital was completed in 2012 when he stepped down as Chief Minister of Goa.

The Goenche Daiz Scheme and Vision -2035 document of Congress Party were prepared with a vision taking overall benefit of people of Goa into consideration and all round development of the State.