Congress cancels tomorrow’s protest march to Raj Bhavan in view of floods, instead delegation to meet Governor on Pegasus and Goa issues 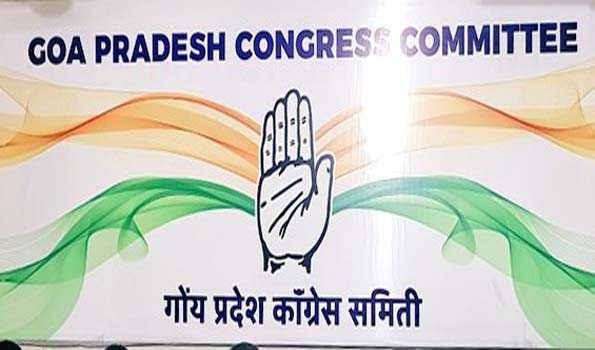 Panjim:- In view of the devastation caused due to unprecedented floods which has caused damage to the extent of multiple crores to property, nature and cattle etc, Goa Pradesh Congress Committee has called off the Protest March to Raj Bhavan on the issue of Pegasus Snooping & Goa related issues stated GPCC President Girish Chodankar.

Chodankar said after consulting CLP leader Digamber Kamat, GPCC General Secretary & Incharge of the Protest March Agnel Fernandes and AICC incharge Dinesh Gundu Rao, it is decided to place interest of Goans suffering due to floods above politics. Chodankar said our functionaries are on the field trying to reach out to those affected by floods with a helping hand as no help has reached the people in affected areas from the State Administration. We don’t want to disturb our Congress Workers who are helping the people in distress after everything of theirs was washed away by floods.

We will however call on the Governor with a smaller Congress Delegation at Raj Bhavan. Our delegation will meet Governor tomorrow at 4pm and will submit two memorandums one on PEGASUS which has compromised national security & constitutional authorities and other is to draw attention of the new Governor on contentious issues related to the State.

We had obtained necessary permissions from the State administration for the Protest March as per Covid SOP, however the said protest march is now called off, Girish Chodankar informed.