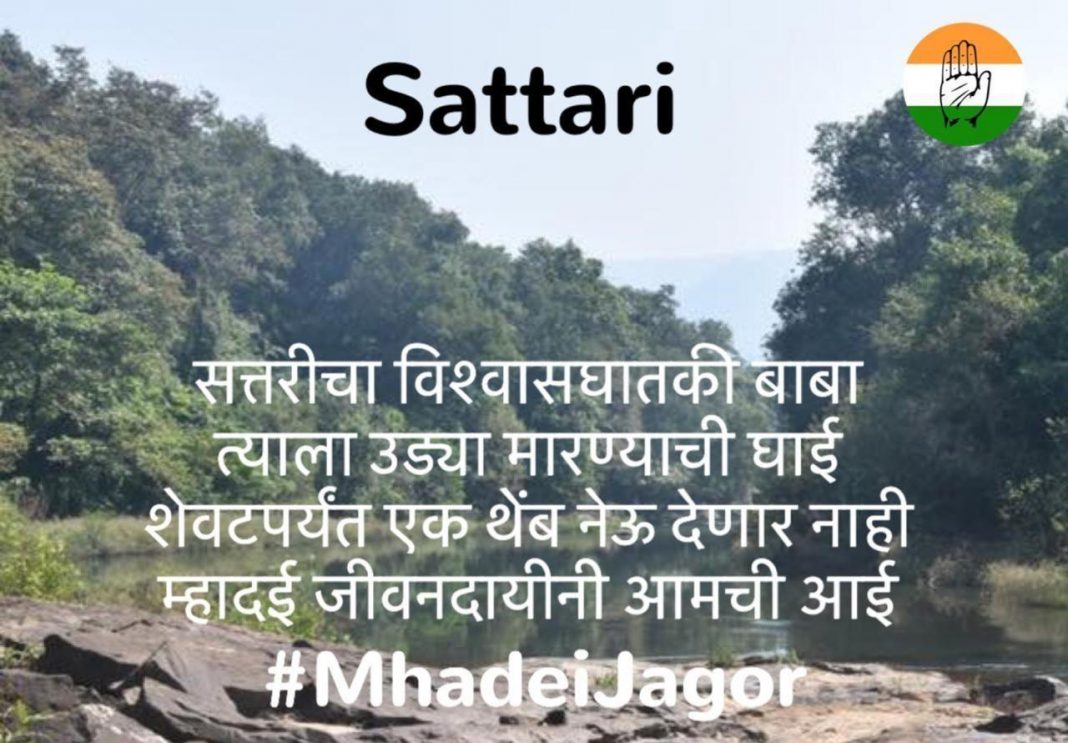 The english translation of the four liner would read as ‘The treachorous Baba of Sattari is a habitual defector’ the next two lines focus on Mhadei saying “We will not allow a single drop to be diverted from our lifeline Mhadei”.

The campaign will continue till the illegal Environmental Clearance granted by Union Ministry of Environment and Forest to Kalasa Bhandura project of Karnataka is withdrawn completely.

We also demand that Section 144 imposed in Goa be withdrawn immediately. The peoples right to protest is a democratic right and Government has no right to supress the agitation to save lifeline of Goa.