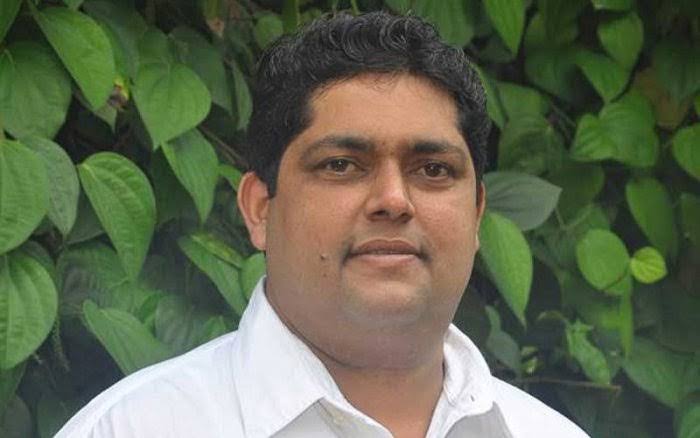 Curtorim: Former Curtorim MLA Aleixo Reginaldo Lourenco, in an open letter to his voters, has accused Congress of “failing Goa in its most grieving times like the pandemic, the mining suspension and the attack on our heritage.”

“The ones who have resorted to name-calling and humiliating my firm political step, and even attacked my identity, are the same people who constrained my attempts to take decisive steps as the Working President of their regime,” Lourenco said in the open letter.

“I tried my best to represent our people, but a lack of seriousness on their part not only failed the mandate of Goans but also failed Goa in its most grieving times like the pandemic, the mining suspension & the attack on our heritage,” he added.

Lourenco said that his decision of joining “seemed difficult but took it when he realized that joining TMC would strengthen hundreds of Goan brothers and sisters.

“I am reaching out to you after taking a decision that seemed difficult. When I realized that joining TMC will strengthen hundreds of my Goan brothers & sisters, I felt energized and confident. But why so?.”

Lourenco said that Politics for me has only been a medium to take the steps that resonate with the needs and aspirations of the people.

“And despite a proven track record, our voices have been suppressed!! Time and again, I fought for all the people of not only Curtorim, but for all my Goan brothers and sisters,” he said.

“However, due to an excessively indecisive regime, we had collectively failed to leave a dent on the anti-people establishment,” Lourenco said.

“And hence, the decision I have taken has the commitment to the people of Curtorim and Goa at the very centre of it,” the ex-Curtorim MLA said.

“I assure one and all, that you are not alone in fighting these undemocratic and compromised politicians anymore.”

“The leaders and the political force I’ve now joined hands with, have the right intent & the guts to defeat the dispensation that is tearing apart the ethics of democracy, solidarity and inclusion in Goa.”

“I am the son of the soil and I imbibe the soul of Goa. It is my most humble appeal to all Curtorkars and Goenkars to unite and shower me with your blessings, as each of you have done for the last two decades. It is your support that has made me who I am today, and I seek your strength in this endeavour that will give me all the force & rejuvenated spirit to fight for you! Indeed, together we will usher in a new dawn for the people of Goa.”