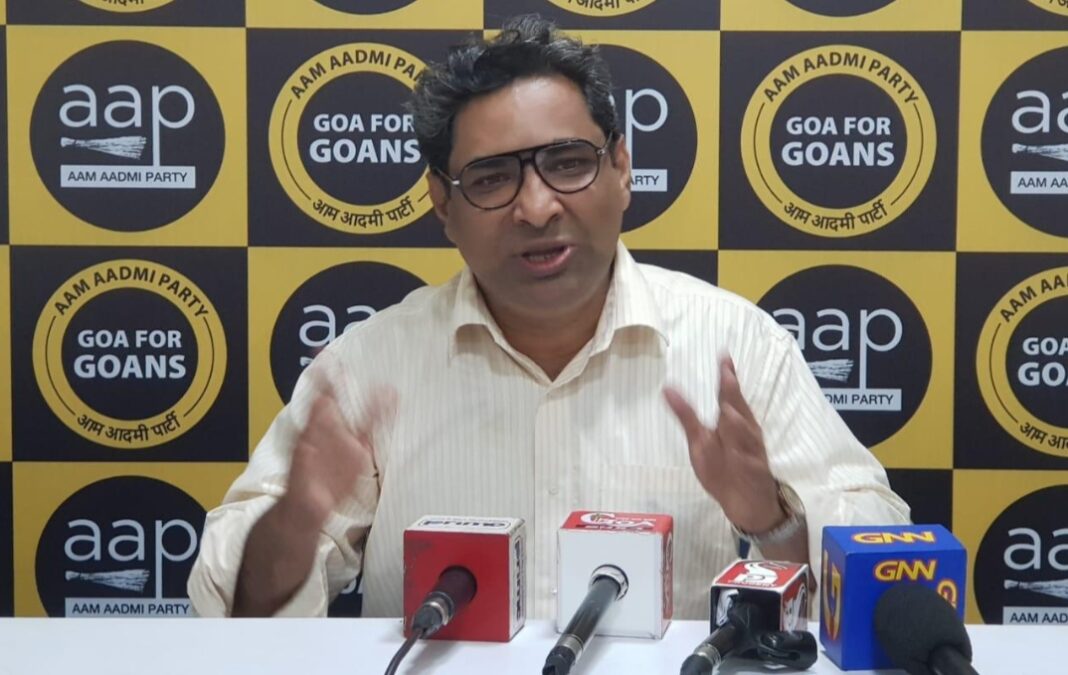 Coming down heavily on Pramod Sawant AAP Goa Convenor Shri Rahul Mhambre slammed the BJP on inflated High bills. Mhambre put the blame on the the woes Goenkars have to face on the step of the CM Pramod Sawant. Mhambre added that Sawant can’t even copy Kejriwal properly.

In August a panicked Sawant Sarkar had announced free water of upto 16,000 liters to Goenkars as he faced heat with Arvind Kejriwals Veej guarantee. His ham handed attempt to copy the Delhi CM met with ridicule across the state. The Sawant Govt could not provide any rationale as why they chose such an arbitrary amount of units. And the AAP warned them that this would lead to inflated bills.

As September rolled in many Goenkars complained about high bills the matter started reaching a boiling point in October as many started receiving bills in thousands and lakhs. It’s clear that the Sawant Govt has found a new way to loot Goenkars while making tall claims to the world. Just today Pramod Sawant himself admitted that the inflated bills were due to an error by the Water department. Is this just a way to save face?

While the Sawant Sarkar has asked users to not pay inflated bills and promised refunds he has as usual not given any timelines. In the meanwhile Goenkars are facing stubborn administrative officers and the spectre of disconnection. How can Goenkars trust a Govt that has time and again proved they just want to loot Goenkars?

In October AAP Goa Convenor Rahul Mhambre led a Gherao of the Mapusa PWD with residents who were frustrated and facing serious problems with their bills.  Many of the protesters were from small houses which don’t have many family members receiving astronomical bills with officials not willing to fix them. Things seem to have gone from bad to worse in the last two months with Goenkars receiving bills in lakhs.

“In October when AAP led a Gherao of the PWD office in Mapusa, I was shocked to meet a widow who received a bill of a whopping INR 48,000. And now Pramod Sawant says this was a mistake and is blaming the bureaucracy but refusing to take any responsibility “, said AAP Goa Convenor Rahul Mhambre. “It is time that Pramod Sawant take up the onus and immediately refund the the amount to Goenkars” added Mhambre