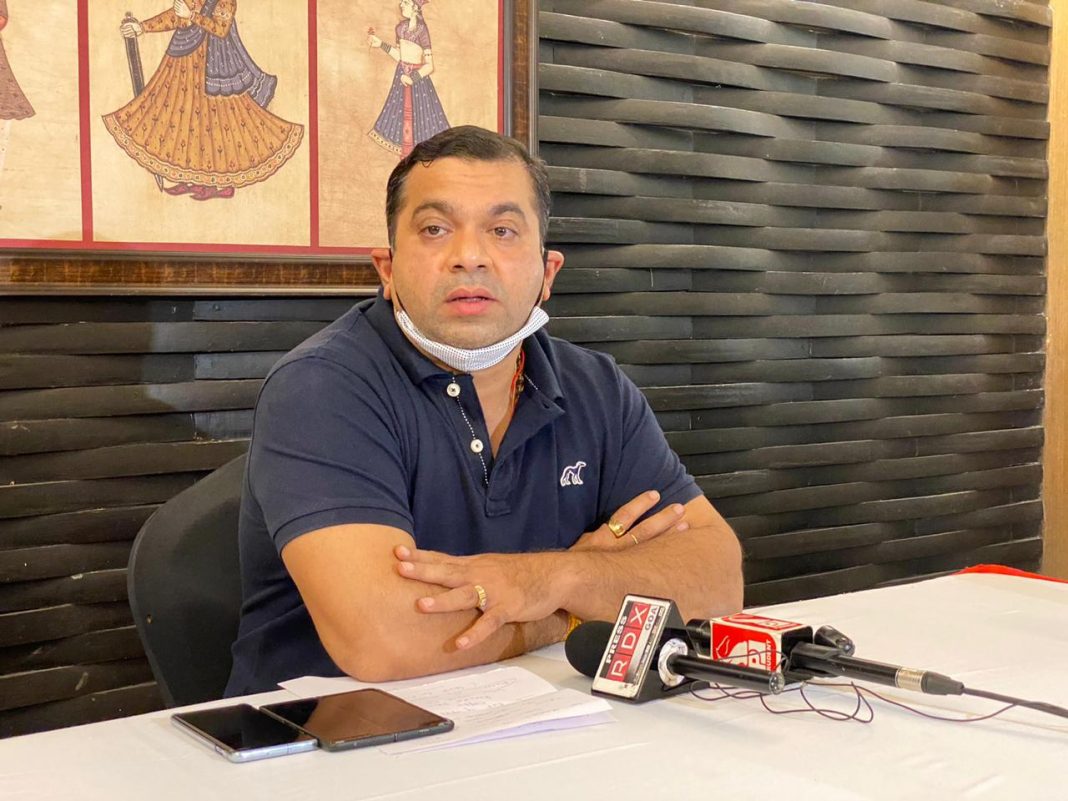 Right from day one we Goans are witness to utter Mismanagement of Covid situation in Goa. We had achieved the first Green status in the country for which our CM immediately took all the credit and throwing caution to wind, he along with his Quarantine Tourism partner turned us from Green to a Deathly Red within no time! The bungled up Covid SOPs that kept changing every other day to suit the whims and wishes of the CM and his coterie were actually aimed at money making opportunities under the cover of Corona. And while all this Utter Mismanagement was going on our Health Minister Shri Vishwajit Rane was somehow becoming a mute spectator which is so unlike him. It does give food for thought as to whether he was a silent partner to everything. Especially in the wake of allegations regarding Covid purchases, fund mismanagement and related issues. There have always been clear signs of differences between the Health Ministry and the CMOs but the brunt of this lack of co-ordination is being paid by Goans with their lives! The shameful issue of Covid purchases at 6 to 10 time’s the market rates has already been highlighted by the media which our Dr Corruption has ignored as usual, but it’s surprising that the HM Shri Vishwajit Rane too is maintaining a convenient silence. There are also allegations of Covid funds mismanagement as well as distortion of Covid figures which has been substantiated by a Stanford study showing Goa as one of the state’s giving wrong data. The continuous blame on Co-Morbidity to hide actual Covid deaths, non-availability of basic amenities in Government hospitals, harassment of our Covid Warriors in the Medical Fraternity and many such issues raised regularly by the public, media and elected representatives have sadly been never addressed by the Health Minister. The recent announcement to give Covid kits for Home Quarantine will be the next scam if not managed properly. Nothing is free of corruption under Dr Corruption and the Health Minister should guard against offering such opportunities under his watch. The people of Goa have a certain level of expectations from a person like Shri Vishwajit Rane hence his inaction on all such serious issues is not acceptable. Whether it’s due to differences with the CM or in support of the CM who holds a Doctorate in finding Opportunities of Corruption even a Pandemic, the point is that our Health Minister has failed the people of Goa. He’s elected by the Goans to be their voice and not be a puppet to the corrupt CM or to please the Party bosses in Delhi. It’s time to act responsibly and independently before it’s too late for Goans. I request Shri Vishwajit Rane to immediately involve the Army Medical Corps who have the proven capacity to change the present Catastrophic Covid scenario in Goa with their expertise and infrastructure. The capping of rates in Private Hospitals is another sham that shouldn’t have been allowed by the Health Ministry without proper review. The rates are exorbitantly high and beyond the access of majority Goans. Comparatively, a day’s stay in the most luxurious 5star hotel is cheaper! The onus should not be on promoting Private Hospitals rather it should be to use Private Hospitals to supplement the Government Hospitals in time of crisis. The first priority should be to bring on par the facilities and infrastructure in Government Hospitals which are the only solace to the majority population. I have nothing against Private Hospitals and it’s good to involve them in this fight against Covid but what’s alarming is that the conditions at our Government hospitals are substandard, if not, Why’re even our own Ministers/MLAs going to Private Hospitals for treatment? We have the Best, Experienced & Dedicated Medical Fraternity in Government hospitals but are short of infrastructure, supplies and basic amenities. The priority should be to give the best treatment in the state to the poorest of citizens in Government hospitals. Those who can afford Private Hospitals can definitely avail the facility but not because the treatment in Government hospitals is unreliable. Blaming people for bringing in patients late etc is not going to solve the pathetic situation in Government hospitals. Rather, if the task is taken with genuinity, the Health Minister can transform GMC into the best hospital in the state. Similarly, the Health Ministry should have the final say in opening of schools and colleges because these are pandemic times wherein the Health and Life of the population should be the criterion in taking such decisions. Everyone who’s come through schools and colleges know that it’s almost impossible to control children and ensure Covid protocols. A hasty decision will only add to the present spike and put our next generation at grave risk. I also vehemently oppose the politically motivated of the Doctor from Porvorim PHC to satisfy the ego of our CM. It is the Health Ministers concern to ensure that all the people of Goa get proper medical attention and abetting to cheap party politics by denying a Doctor to Porvorim which is witnessing a rapid rise in Covid cases is very cruel and unbecoming of someone like Vishwajit Rane and the Health Minister’s Office which is the most important wing of Government in these pandemic times. The Health Ministers decision are directly related to the life and death of Goans and we expect him to rise above pettiness and party politics to provide a Full time Doctor immediately to Porvorim PHC failing which the sufferings of every Covid patient in Porvorim will be the direct responsibility of the Health Minister. Shri Vishwajit Rane should appreciate that the Responsibility of the Health Minister lies to the people of Goa and it’s time he act’s as a True Representative of Goans and works for the health and welfare of Goans.