CM Sawant is facilitating outsiders to eat Goans jobs, BJP Govt has omitted mandatory clause of Konkani knowledge and resident of Goa for at least 15 years, On whose direction it was done?: Rahul Mhambre 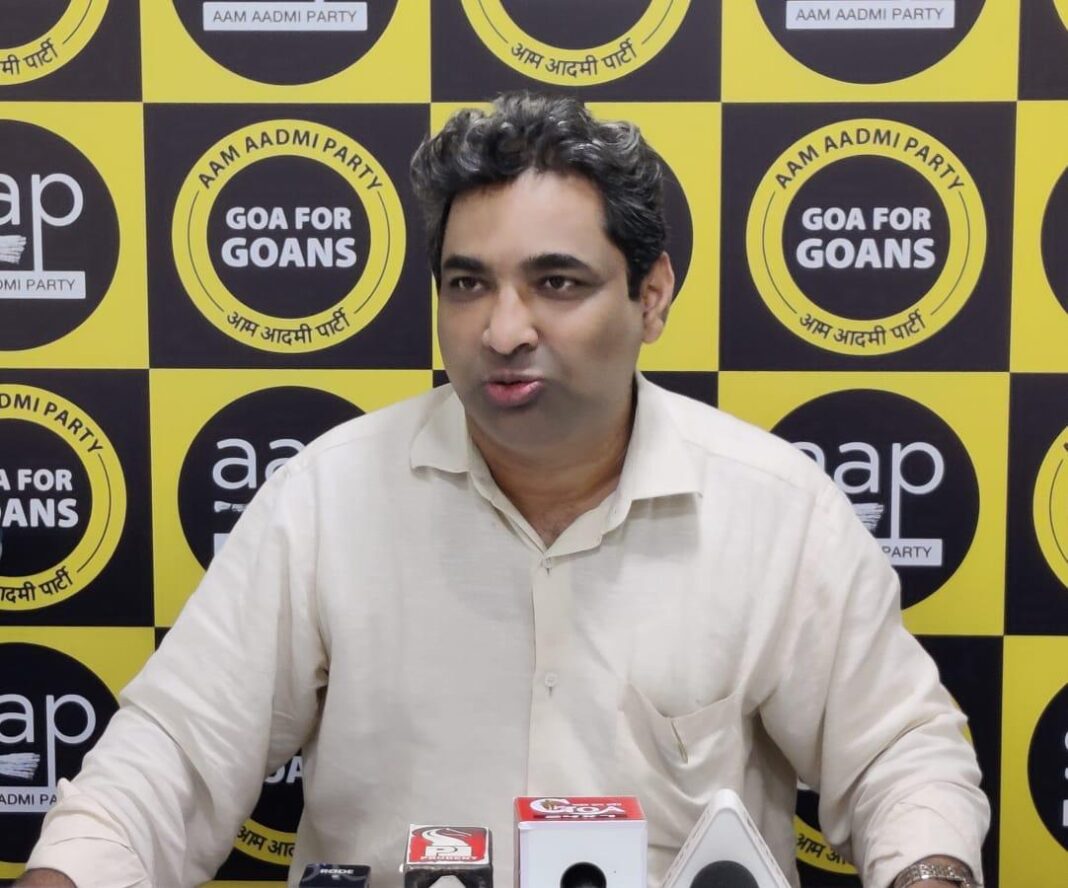 Aam Aadmi Party today reiterated that Chief Minister Dr Pramod Sawant is working against the interest of Goa and Goans to promote the interest of his party bosses sitting outside Goa and cited the example of the advertisement issued by Goa Human Resource Development Corporation to prove its charge.

The Goa Human Resource Development Corporation that recruits staff on contractual basis for various government department on 10th February 2021 issued an advertisement seeking applications to fill up 750 posts in various government departments.
The advertisement sought applications from people who have studied from Vi Standard to graduates and for posts ranging from security guards to clerks and data entry operators pointed out AAP Goa Convener Rahul Mhambre.
However, he said two important conditions for government appointments in Goa namely knowledge of Konkani and being a resident of Goa for 15 years have been omitted from the advertisement and alleged that this has been done because Dr Pramod Sawant wants to recruit people from other States to government jobs in Goa.
He pointed out that while on a recent visit to Maharashtra Dr Pramod had said that Goa can never be atmanirbhar and will always have to be depend on Maharashtra and Karnata. “The advertisement is yet another way of Dr Pramod helping non-Goans settle down in Goa,” he alleged.
Rahul demanded that the government immediately withdraw that add and while asserting that there are enough of Goans qualified to occupy all those positions said there was no need to give back door entry to non Goans.
“Goa should be for Goans particularly when there are people qualified to occupy those positions,” he said while asserting that AAP firmly believes that Goa should be run by Goans with Goan staff doing all the work.