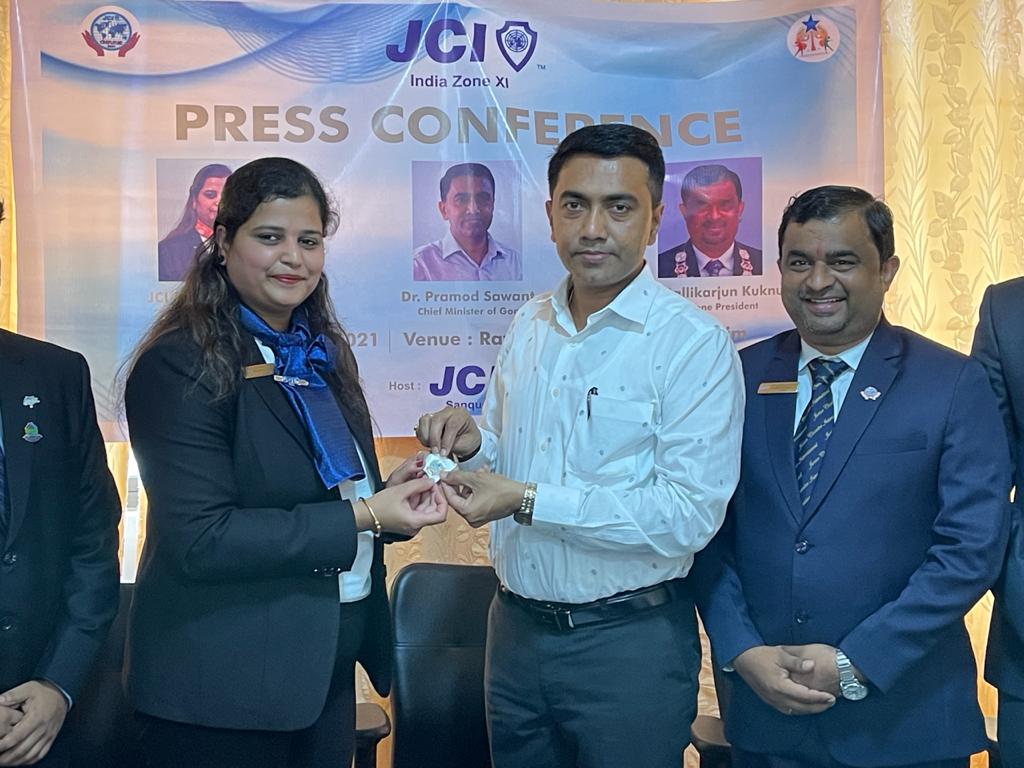 Sankhalim: Chief Minister, Dr Pramod Sawant, who was actively associated with JCI, was honoured with a membership in JCI’s Senior Member Association.

The event was hosted by JCI Sanquelim, the chapter which was formed by Dr.Sawant during his stint with the organization.  All the LOM Presidents from across Goa and West Maharashtra along with Past Presidents, Executive members, JCI Zone XI members were present.

Speaking on the occasion, the National President of JCI, Jain stated that JCI has started Senior Members’ Association  (SMA) initiative to reconnect old Jaycee with the organization. She said that many of the former Jaycees want to get reconnected to the organization but had no way out. The SMA, she said, was open only for those who are above age of 40 years. The SMA would be the lifetime  member of the organisation. She also narrated how JCI used Rs 30 crore fund collected as a part of CSR initiative during the covid-19 outbreak in the country.

The National President  handed over SMA badge to the Chief Minister.

The Chief Minister, Sawant in his speech, became nostalgic about his association with JCI’s Usgao chapter and then beginning of the Sanquelim Chapter. He appealed JCI to assist  the state government to reach 100% mark in completion of  vaccination of second dose in the State. Dr.Sawant hailed JCI’s work when pandemic had struck the country. He said that JCI should also help the state government in spreading awareneness about various schemes and also flagship programmes like “Swayampoorna Yuva.”
CM Dr.Sawant also advised local youths to join JCI Sanquelim and other LOMS to develop leadership skills.

Sawant said that the information about more than 160 different schemes is uploaded on the portal of the state government, which should be read by all the citizens. “Understand the government closely to ensure that you take benefits of these schemes”, he said.

Previous articleAAP inaugurates new office in Navelim
Next articleRakhi Prabhudesai Naik on the way to TMC?