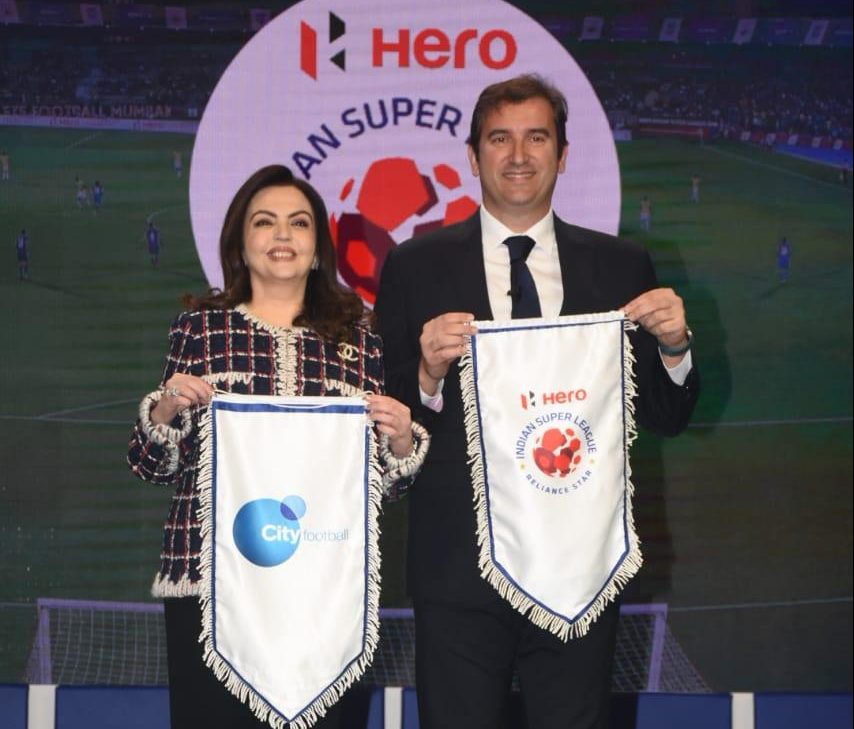 Mumbai, India and Manchester, England, 28th November 2019 – City Football Group (CFG) has agreed a deal to acquire a majority stake in its eighth club, Mumbai City FC in the Indian Super League, marking a major move into Indian football. CFG will become the 65% majority shareholder of the Club, alongside existing shareholders, acclaimed actor and film producer, Ranbir Kapoor and Bimal Parekh who combined will hold the remaining 35% of shares. Completion of the investment remains subject to the approval of certain football bodies.

News of the acquisition was revealed today in front of the Club’s fans by CFG Chief Executive Officer, Ferran Soriano together with Chairperson, Football Sports Development Limited and Reliance Foundation, Mrs Nita Ambani. The deal will see Mumbai City FC benefit from the Group’s commercial and football know-how, whilst at the same time delivering a new and exciting element to the CFG global commercial platform.

Mumbai City FC plays its home games at the 8,000 capacity Mumbai Football Arena, which sits within the Andheri Sports Complex, a multi-purpose sports facility. The team is currently five games into the sixth ISL season.

CFG’s operations will now include 8 football clubs and football related businesses in 13 offices around the world. The Group has expanded significantly since its inception in March 2013, and now employs more than 2,000 staff and has more than 1,500 footballers who play over 2,500 games every year. Through its Cityzens Giving campaign, CFG has also supported community programmes spanning six continents, including Mumbai in its 2019 edition.

The announcement comes in a busy period for CFG. Just prior to closing this deal to acquire Mumbai City FC, the Group confirmed a new equity investment from Silver Lake, a global leader in technology investing, valuing the Group at $4.8bn. Last week, also saw Manchester City FC release its annual report with record revenues and fifth continued year of profits, at the same time as representatives visited India as part of the Club’s trophy tour.

“It’s a landmark occasion that celebrates the remarkable rise of Indian football and brings to life our vision for the beautiful game in India.

It is a great endorsement of the increasing appeal of Indian football and for all football fans in India, this is a moment to take pride in our football, our culture and the opportunity we present to the world in developing the sport. The power and potential of our youth makes India the most exciting global opportunity in the world today, in every field, and especially in sport.

On behalf of all Indian football stakeholders, I welcome City Football Group and thank them for their interest and belief in Indian football. I am sure Mumbai City FC and Indian football will benefit greatly from this historic partnership.”

Commenting on the acquisition and the opportunities it brings to all parties, Chairman of City Football Group Khaldoon Al Mumbarak said:

He added: “We are very much looking forward to playing an active role in Mumbai City FC’s fan and local communities, and working with our co-owners to further develop the Club as quickly as possible.”

As part of the announcement, CFG also appointed Senior Vice President of Partnerships, Damian Willoughby, as Chief Executive Officer of City Football Group India. Damian will be relocating from Singapore to Mumbai in the coming weeks.