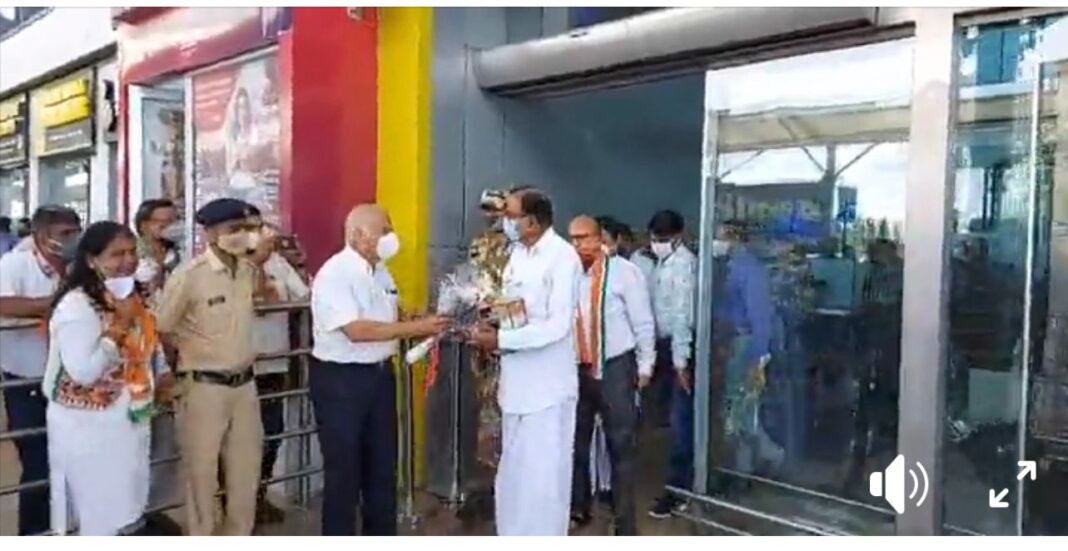 Panaji: All India Congress Committee Goa incharge for elections P Chidambaram maintained silence on the leadership change in the coastal state as he arrived here on his two-day-long visit on Wednesday.

Chidambaram was received at Goa airport by Goa Pradesh Congress Committee President Girish Chodankar, Leader of Opposition Digambar Kamat and other leaders. The former Union Finance Minister would be meeting Congress leaders and workers during his two day long visit.

The 75-year-old leader refused to answer questions by the media after his arrival at the airport on Wednesday morning. “Later… later… I am here…,” he responded to questions posed by journalists at the airport.

He did not reply to the pointed question whether there will be leadership change in the state.

Chodankar had tendered his resignation from the post , last year, after the party’s poor performance for the Zilla Panchayat elections. The party is yet to accept his resignation even as rumours were rife that he would be replaced with another senior leader in the run up for Goa polls, scheduled in February, next year.