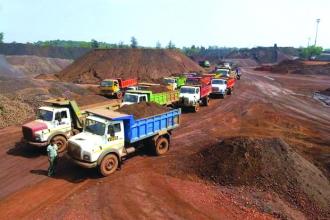 Panaji: Iron ore mining leases, which will be expiring in 2020, the process to auction them has to be initiated by July 2019, Union Mines Ministry informs all State government’s.

During the Coordination-cum-Empowered Committee (CEC) meeting held last month, Union Mines Secretary Anil Mukim stated that the exploration for all mining leases expiring in 2020 must be completed by December 2018.

Union Secretary also stated that all States must start auction of mining leases expiring in 2020 by July 2019 to avoid any shortage of minerals and ensure seamless transition of mines from existing leaseholder to the new leaseholder to whom lease will be granted through auction.

The Union Secretary has requested GSI and officers of the Ministry to prepare a report of various blocks which have reached auction-able stage (G2) under exploration but are yet to be listed for auction. In addition, the Union Secretary asked the states which are yet to initiate auction process to expedite the same.

In Goa currently there are no valid mining leases as all leases are quashed and set aside by the Supreme Court through an order dated February 7. As such all the mines in the State are available for auction for now.