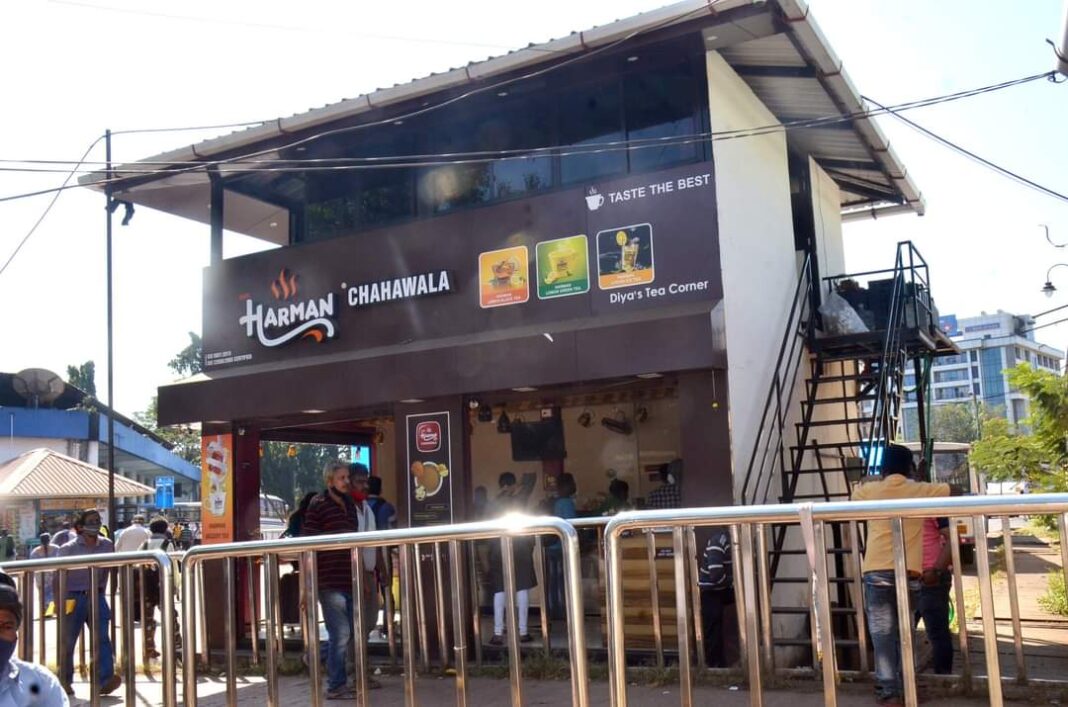 Acting on a complaint filed by Adv. Aires Rodrigues, the Corporation of the City of Panaji has issued a show cause notice to Tejas S. Kochrekar the proprietor of Harman Chahawala over the illegal Tea Stall erected by him at the Kadamba Bus Terminal in Panaji.

The CCP in its notice has pointed out that the ground plus one structure has been erected without a construction licence from the CCP.

Adv. Rodrigues in his complaint to the CCP had pointed out that Tejas Kochrekar a close relative of BJP leader from Vasco Deepak Naik, had manipulated the Kadamba Transport Corporation (KTC) and managed to get a piece of land leased out at the Panaji Kadamba Bus Terminal in total violation of law.

Adv. Rodrigues had also pointed out that the illegal structure was blocking the pathway and compromising the safety and comfort of passengers using the Panaji Bus Terminal.

Pointing out that Deepak Naik who is the former Chairperson of Mormugao Municipal Council and earlier Director of KTC is now the Chairman of KTC, Adv. Rodrigues in his complaint further stated that Tejas Kochrekar had also managed to get a loan of over 16 lakhs for this Tea Stall swiftly approved under the Chief Minister’s Rozgar Yojana scheme from Economic Development Corporation headed by Goa BJP President Sadanand Shet Tanawade.