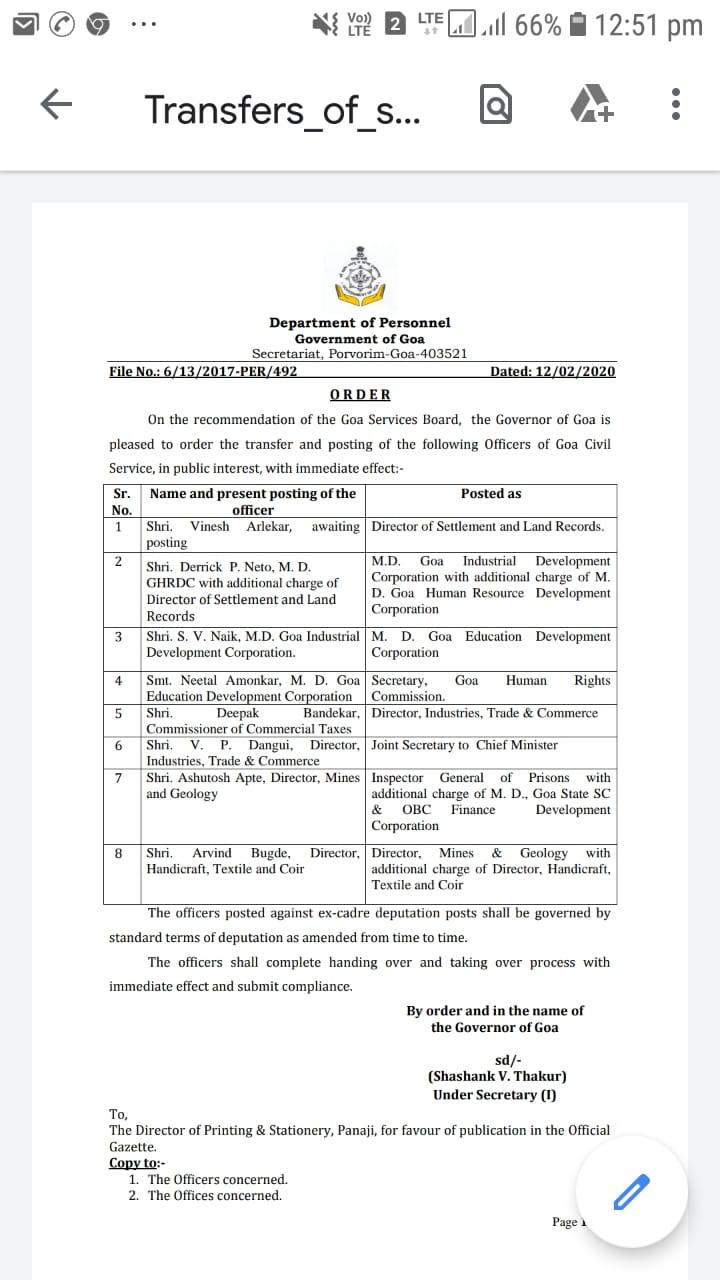 As per the order by Department of Personnel, Arvind Budge has been transferred as  Director of Mines and Geology shunting out Ashutosh Apte who was holding the charge.

Chief minister Pramod Sawant had said that the department was getting ready to facilitate selling of the ore, which will be the first step towards resumption of mining activity in the state which have come to standstill since last two years.

Apte has been transferred to the post of Inspector General of Prisons with additional charge of Managing Director, Goa State SC and OBC Finance Commission.

Earlier last year, Apte was brought in replacing controversial officer Prasanna Acharya, who have been indicted by Lokayukta, last month for being involved in illegal renewal of mining leases.

In yet another significant transfer, Commissioner of Commercial Taxes Deepak Bandekar has been transferred as Director of Industries, Trade and Commerce Department.

Viresk Arlekar, who was awaiting posting has been given charge as Director of Settlement and Land Records.

Previous articlePramod Sawant to meet Archbishop in next two days
Next articleSection 144 imposed in Goa due to possible terror threat, anti social activities