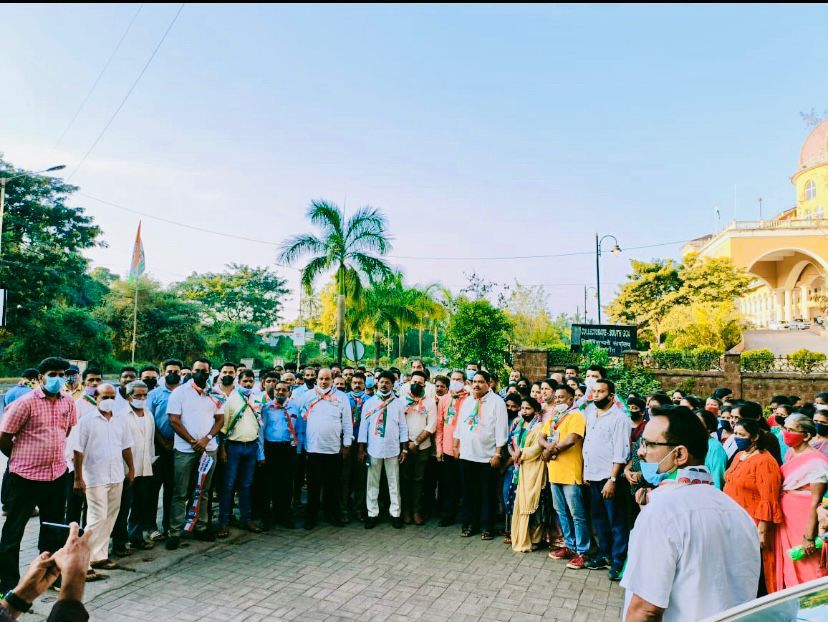 Girish Chodankar, President of Goa Pradesh Congress Committee, welcomed Tukaram Borkar in Congress and said that with his joining will help Congress in Shiroda constituency. “In 2017 people of Shiroda had elected Congress candidate from Shiroda, but this MLA betrayed us and joined BJP. But now we are hopeful that again the people of Shiroda will give us victory.” Chodankar said.

Chodankar said that those who betrayed Congress and defected to support the illegitimate government of BJP, will face action by the people of Goa in this forthcoming election.

Chodankar appealed to the people of Shiroda to reach the ‘Chargesheet’ lodged by Congress against BJP to every house, so the people come to know how BJP killed the democracy of Goa by going against the wishes of masses.

Tukaram Borkar said that he felt happy to join Congress. “My family always supported Congress. Hence, it gives me happiness to join the party which works for people.” He said.

“I am hopeful that the Congress candidate will win from Shiroda with the support of youths and senior citizens.” He said.

Joe Dias said that the Congress party has become stronger in Shiroda as many people are joining and more are expected to join.