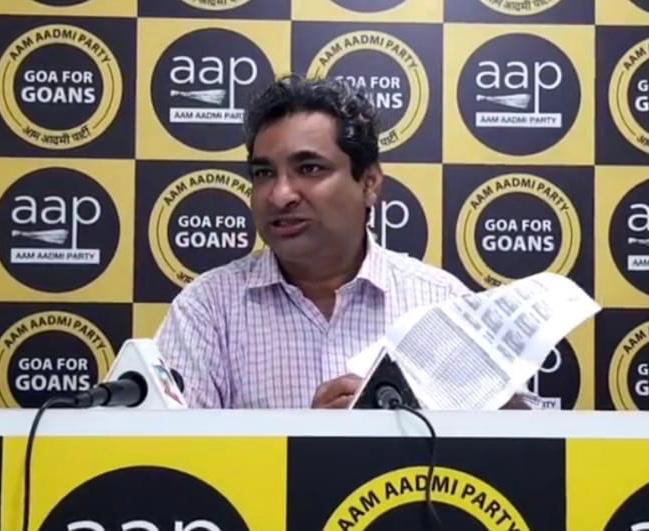 Aam Aadmi Party has attacked the BJP Govt on its refusal to set up a judicial commission on the issue of deaths due to oxygen shortage. State Convenor Rahul Mhambre said the Govt’s statement in High Court that such an enquiry “would demoralise the medical fraternity” was nothing less than shocking.

“By trying to hide behind the excuse that medical fraternity may be demoralised, the BJP Govt is making a false assumption that doctor and nurses were to blame for the oxygen shortage. In reality, the oxygen fiasco was artificially created by the Health Minister due to his corruption and mismanagement of the supply to GMC. This is a new low even for the shameless Sawant Sarkar. First he fooled the Corona warriors by promising a 20% pay hike that never materialised, and now he wants to blame them in order to hide his own Govt’s greed and incompetence which took almost a hundred Goan lives”, Mhambre fumed.

Stating that AAP would not allow the BJP to brush the oxygen deaths issue under the carpet, Mhambre recalled that AAP leader Valmiki Naik, in a press conference last week, had already exposed the BJP’s attempts to manage the political fallout of the fiasco by having a core committee meeting of BJP at the peak of the crisis in mid-May.

“This is just a new attempt to avoid any further enquiry into the sordid saga. Besides the accountability for the criminal negligence, it is also important to identify each and every one of the families who lost their loved ones due to oxygen shortage. The Goa Govt owes these families an apology as well as adequate compensation. Sawant cannot run away from this responsibility”.

Mhambre expressed confidence that the Hon. High Court would not let the Goa Govt get away with such sorry excuses, and praised the petitioners for unitedly making this demand for a judicial commision. Welcoming the recommendation of the petitioners to have a wide representation on the judicial commission such as a retired judge, a JMFC, two doctors, and a DySP, Mhambre also suggested that two members from among the families who lost their loved ones should also be part of the commission.