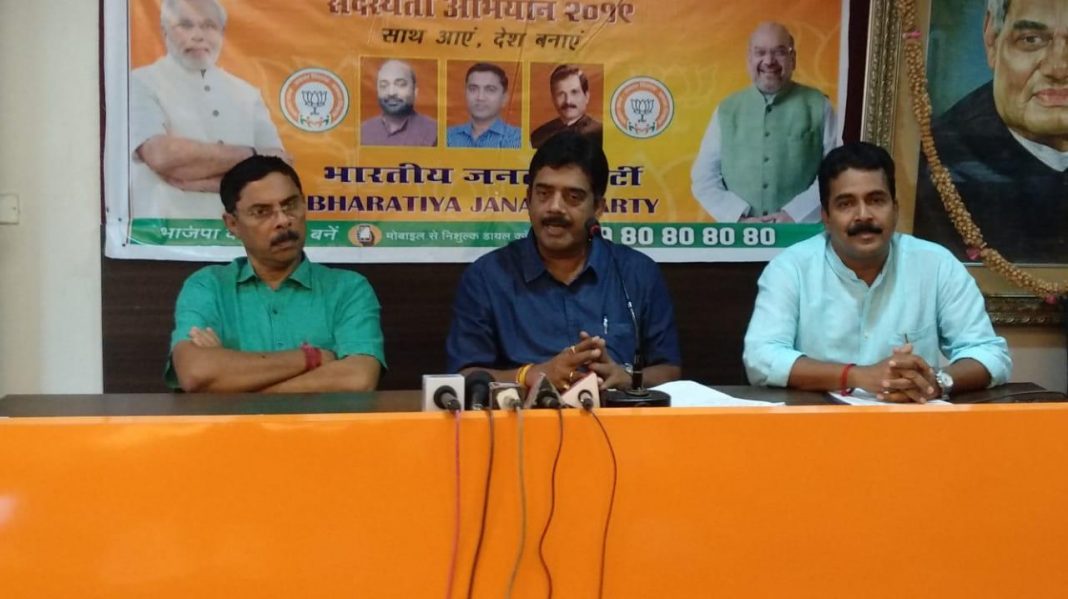 Panaji: Bharatiya Janata Party (BJP) wants to wants to make every third voter in the State its member during the drive that will commence from next month.

BJP Goa Unit President Sadanand Tanavade said that the party aims to enroll four lakh members during the drive which is scheduled to start from first week of July.

Goa has a voting population of around eleven lakhs as per the latest records revealed during Lok Sabha election.

Tanavade said that the membership will be absolutely free and the party has decided to waive off Rs five as a token amount which was earlier charged for it.

He said that all the 40 assembly constituencies and each of the booth would be covered during the membership drive. “But the main focus would be the booths, where party polled less votes during recently held elections (Lok Sabha and Assembly by-election),” he said.

The membership will be held from July 6 to August 11, 2019, he said adding that the workers will undergo special workshops training them about the membership drive.