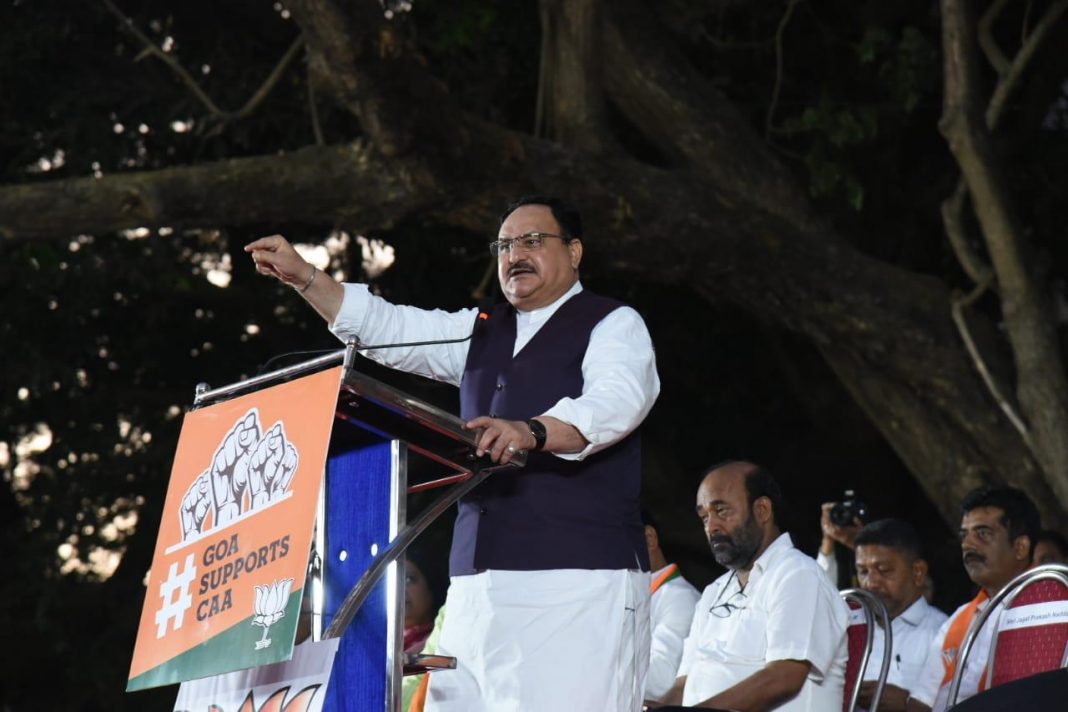 “As a part of several decisions taken on defence procurement, we got 36 Rafale fighter jets. Now our Abhinandan would not have to go to Pakistan, he can be in India and attack Pakistan. This is a strength that we have achieved,” Nadda said addressing pro-Citizenship Amendment Rally organised by the party in Panaji.

Nadda was referring to Captain Abhinandan Varthaman who was kept captive in Pakistan for 60 hours during stand-off between both the nations.

More than 20,000 BJP workers participated in the rally to show their support for the CAA in Panaji on Friday.

The BJP leader in his speech castigated former UPA led government for their failure to upgrade India’s defence machinery during their ten year long rule.

“Today, I offer my tributes to former chief minister and former union Defence Minister Manohar Parrikar.. He has done so much for defence forces under the leadership of PM Naredra Modi,” he said.

“UPA during its ten year long rule had its every defence deal under show of suspicion of corruption.  May be helicopter deal, submarine deal.. they did not sign any procurement for ten years,” he said.

Nadda said that UPA could not solve the issue of One Rank One Pension, which was settled by Parrikar during his tenure.

“One rank one pension was introduced and Rs 20,000 crore were sent to the homes of the soldiers,” he added.

Previous articleWe have done something wrong to for foreign tourists to stop from coming: Michael Lobo
Next articleCorrupt J&K leaders would be in jail or out on bail: JP Nadda