Corrupt J&K leaders would be in jail or out on bail: JP Nadda 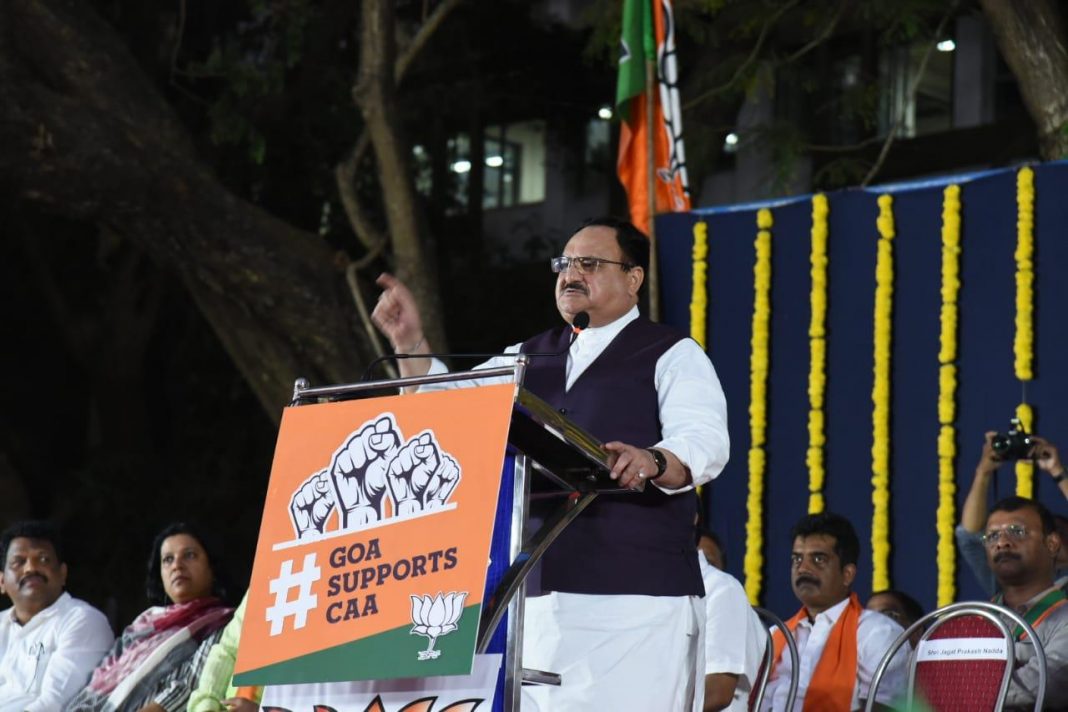 Panaji: BJP Working President J P Nadda on Friday said that the inquiries would be conducted into instances of corruption in Jammu and Kashmir after which the leaders would be “either in Jail or out on bail.”

Nadda was in Goa to address pro-Citizenship Amendment Act (CAA) rally hosted by the party in panaji which was attended by more than 20,000 people.

The BJP leader said that abrogation of article 370 in Jammu and Kashmir has left people living there happy as they are now part of the mainstream India.

Nadda said that before abrogation of article 370, several laws which were passed by the Parliament were not implemented in Jammu and Kashmir.

“The law like Prevention of Corruption Act was not implemented in Jammu and Kashmir because of which the leaders there could have their way out despite involved in corruption,” Nadda said.

“Indian government was giving them money and they kept on siphoning it off, there was no audit or inquiry.. Now article 370 has been abrogated. Now, there will be inquiry,  either the leaders would be in jail or would be out on bail, this is going to be a situation there,” Nadda said.

He pointed out that stringent anti-child sexual abuse law like POCSO was not enforced in Jammu and Kashmir. “Now, the law would be enforced. Not only people from across the country, but also from Jammu and Kashmir are happy as they are part of the mainstream,” Nadda said.

“This could happen only because of the willpower of Prime Minister Narendra Modi which was made into reality by Union Home Minister Amit Shah,” he added.

Previous articleBJP working President J P Nadda pays tribute to Parrikar, lauds him for his achievement as Defence Minister
Next articleGFP to move adjournment motion on Mahadayi during session