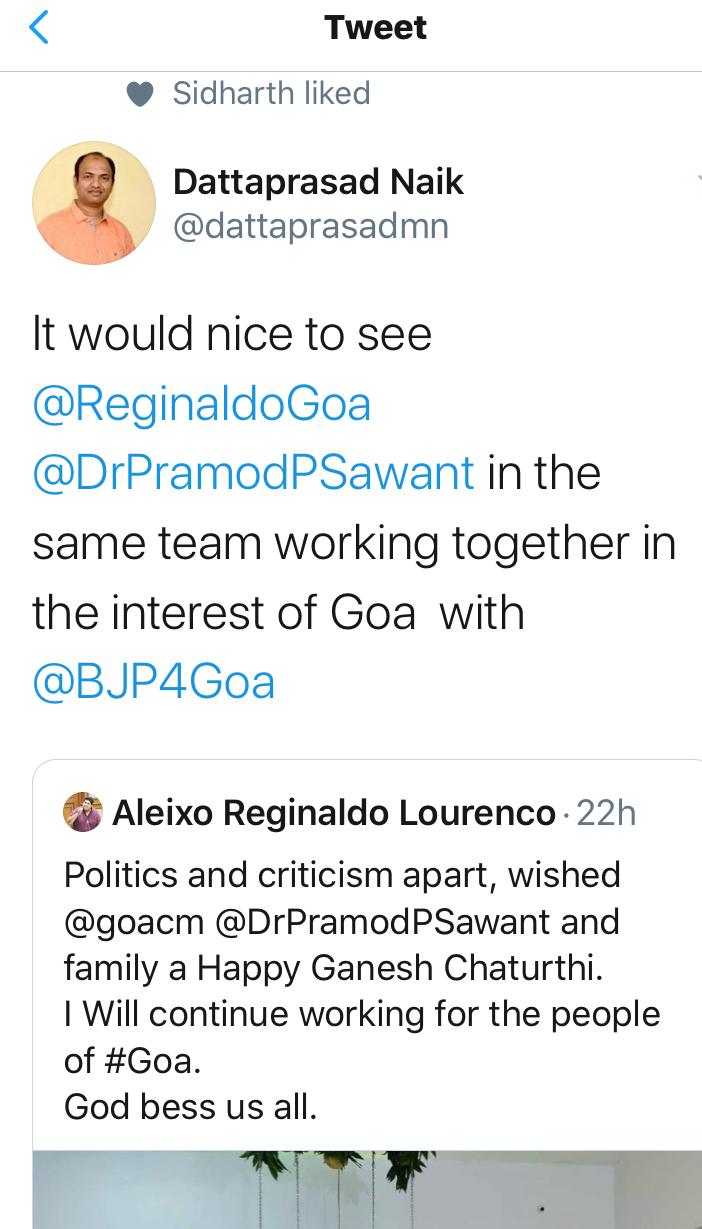 Naik made the appeal in response to the tweet by Lourenco on the occasion of Ganesh Chaturthi, where he is seen with Chief Minister Pramod Sawant.

Reginaldo tweeted “Politics and criticism apart, wished @goacm @DrPramodPSawant and family a Happy Ganesh Chaturthi. I will continue working for the people of #Goa. God bless us all.”

Responding to the tweet, Naik wrote “It would be nice to see @ReginaldoGoa @DrPramodPSawant in the same team working together in the interest of Goa with @BJP4Goa.”