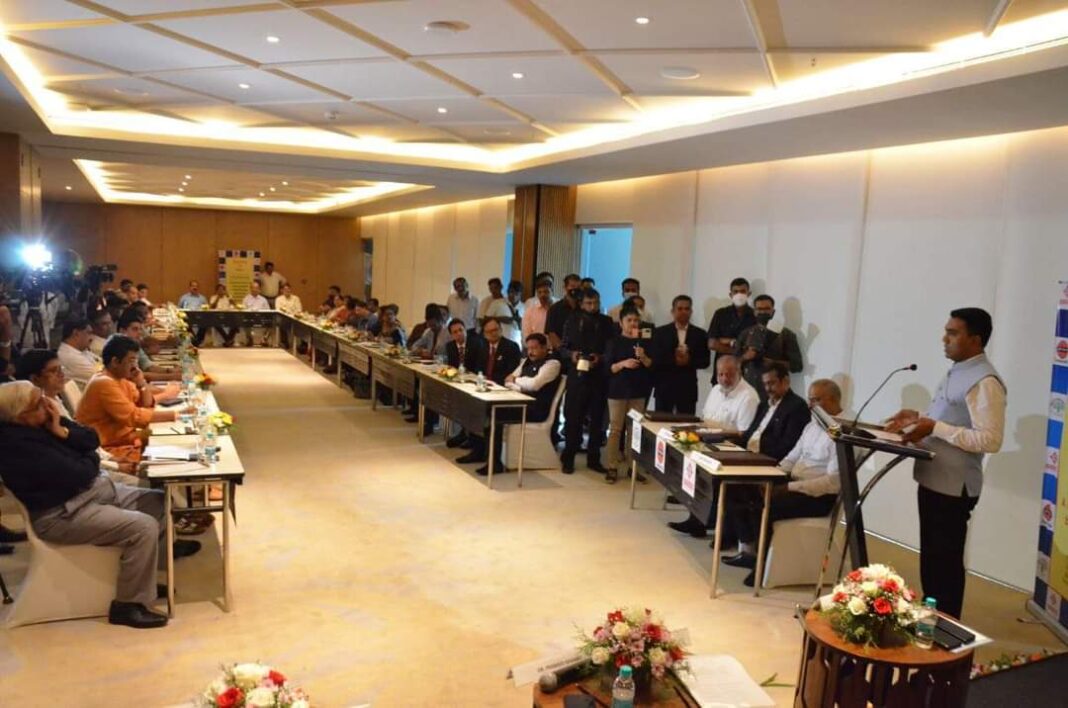 Panaji: After winning on majority seats during the recently held State Legislative Assembly election, Bharatiya Janata Party (BJP) in Goa gave a slogan of 27 seats for the 2027 election.

Addressing workers’ convention in Panaji, Chief Minister Pramod Sawant said that the victory of the party during recent election was possible due to the efforts of workers and also development agenda of the earlier government led by BJP.

He said that the party candidates lost in some constituencies with a thin margin, which needs to be corrected for the next election.

“This could be possible only if workers continue working for the next election from today onwards, without waiting any further,” he said adding that the BJP will win both the Lok Sabha seats during 2024 Parliament election.

The chief minister said that after forming the government for three consecutive terms in Goa, the responsibility of the party workers has been increased. “When we face next election, we should not be pointing out to any anti-incumbency factor,” he said.

Addressing the gathering, BJP Goa President Sadanand Shet Tanavade appealed the BJP workers not to keep any “political space” for the other parties in their constituencies.

“If there is any issue in your constituency, raise it with the concern authorities before anyone else does it,” he said.

Referring to the recent appointment of Congress leader Michael Lobo as Leader of Opposition, Tanavade said that the party had chosen Lobo as leader of opposition so that he can spend the money on the party, which he had earned during his tenure as BJP minister.

He also said that Congress auctioned its post of Goa Pradesh Congress Committee President when they selected Amit Patkar.