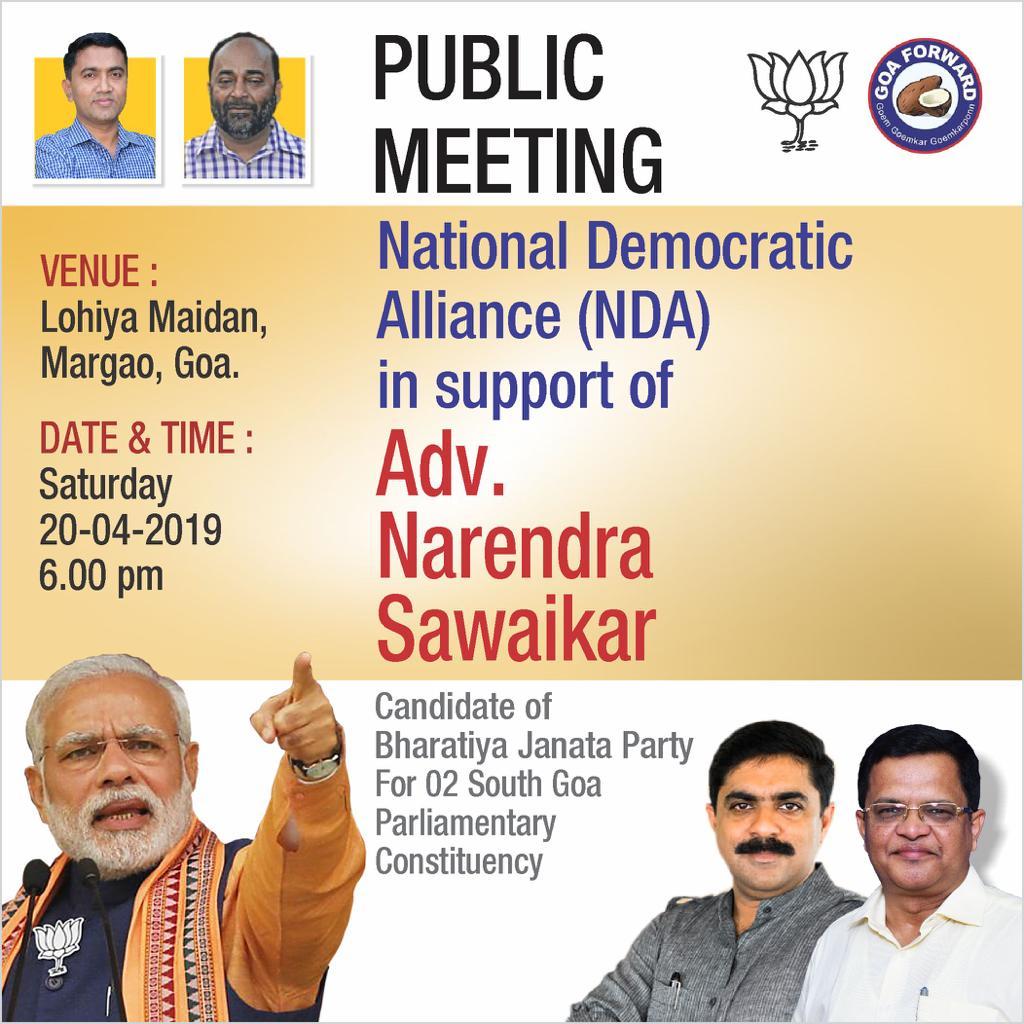 NDA partners have stood firmly behind both the Candidates for Lok Sabha and all the three contestants for Assembly by-elections.

The united strength of NDA will be visible at Lohia Maidan which will assure the victory of both the Candidates for Lok Sabha and also respective candidates for by-elections.

BJP has organised public meeting at Shiroda tomorrow, April 20 in support of its candidate Subhash Shirodkar.

Previous articleTwo arrested, two on the run after one threatened with dangerous weapons at Indiranagar, Chimbel
Next articleBackstabbed by few dirty leaders in my party: Reginaldo on FB