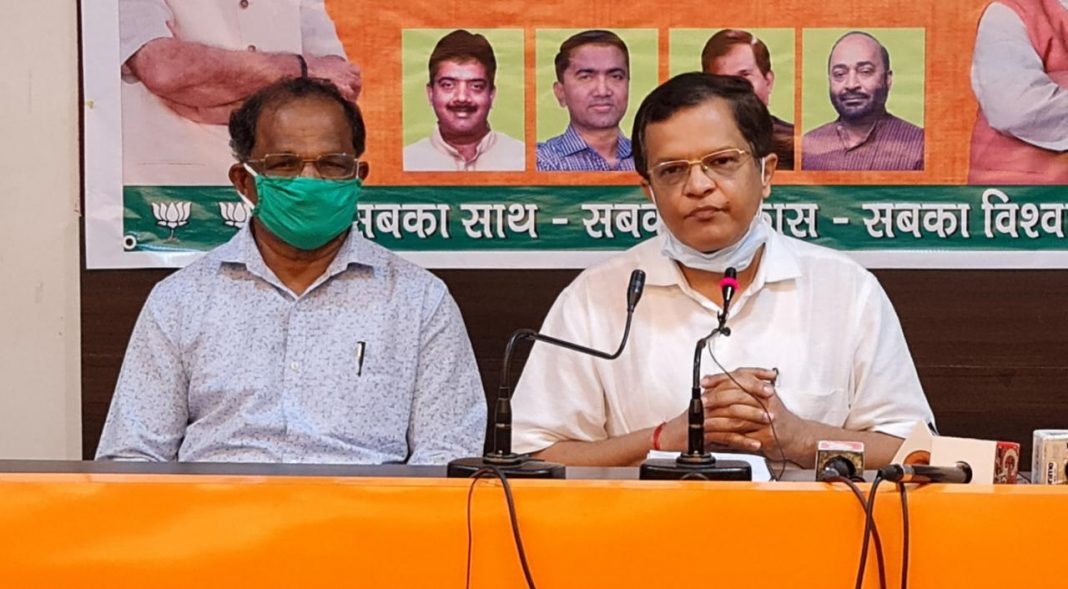 Panaji: Bharatiya Janata Party in Goa on Friday accused Congress party at the centre of paying lip service to the cause of farmers in the country during their rule for decades.

BJP State Spokesman and former Member of Parliament Narendra Sawaikar told reporters that Congress party has failed to provide relief to the farmers during their entire tenure in the centre.

He said that the welfare of farmers was never at the core of the politics played by Congress which has paid only lip service over the years.

Sawaikar said that the recent Farmers Bills passed by Narendra Modi-led government will go a long way to provide freedom for the farmers to sell their produce to anyone whom they want.

He said that the farmers can even have agreement with the companies to sell their produce, and there is also inbuilt redressal system provided in the Bills, if the farmer has any dispute.

Sawaikar said that the Agriculture Produce Marketing Committees  were the focal point of the sale of farming products till date. The BJP leader said that the Congress in their 2019 Lok Sabha election manifesto had assured to bring the law on par with what has been enacted by Modi-led government.

“The opposition parties are now protesting for the sake of it,” he said adding that the behaviour of the opposition members on the floor of the House was uncalled for.

Previous articleUnderprivileged students of Sattari to get smartphones, Vishwajit Rane confirms
Next articleShel, Melauli women come out in a large number against IIT project on Friday By Devendra Gaonkar