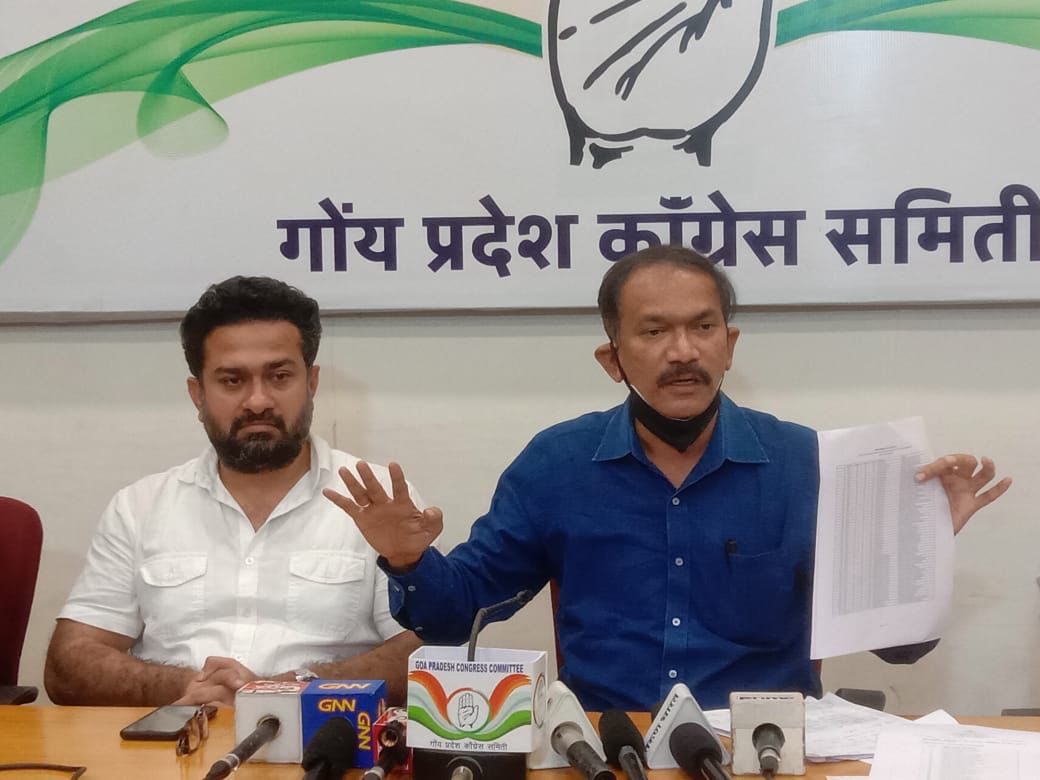 Panaji: Alleging that more than Rs 300 crores accumulation has been done by BJP by selling PSIs and Constable jobs, the President of Goa Pradesh Congress Committee Girish Chodankar has demanded to scrap the ongoing process of recruitment within eight days and start fresh involving Staff Selection Commission under the monitoring of the Hon’ble High Court.

Girish Chodankar on Saturday addressed a press conference in Panaji and said that if govt fails to scrap the process, then his party will approach court with evidence, which will prove that BJP has sold the jobs compromising the whole process of recruitment.

“Future of youths have been sold for lakhs of rupees by selling jobs in the open market. Exams are compromised and the whole process is manipulated by the BJP.” Chodankar said.

He said that for the post of PSI, 30 to 35 lakhs are demanded, while Constable’s post is sold for 15 lakhs. “Chief Minister’s office has appointed a Public Recovery Officer to deal with the collection towards sale of jobs . Despite outcry by the public over this issue, the Chief Minister is mum, which means he has accepted that job sale is going on.” Chodankar pointed out.

Chodanakar said that Congress has prepared an action plan to stop the modus operandi of BJP as youths are looted and candidates with merit are deprived of jobs and are getting frustrated.

Citing examples of manipulation, he recalled that MLA Isidore Fernandes’ son had produced fake certificates for Avval Karkoon post, which was later scrapped.

“Babu Kavalekar had openly accepted that other MLAs take money for jobs and only he doesn’t take. Minister Philip Neri’s PA and Chief Minister’s supporters are getting 100 out of 100 marks for job exams. How will they justify it.” He questioned.

“Govt has not rejected this, which means the charges we have leveled are true.” he said.

He reminded that 32 employees, with post of Assistant Data Operators in the electricity department, were sacked after court direction, who had found irregularities. “No action was taken on the officers and those conducting exams for these posts. Process of the exam was compromised.” He said.

He warned the officers not to compromise the exams on the behest of corrupt Ministers and corrupt Chief Minister. “How one can take an exam sheet home?” He questioned referring the recent incident.

He said that candidates, who pay for jobs, are told to either leave the answer sheet blank or take it to home to answer later. “This is the modus operandi of such exams. These answers are then later written by examiner or candidate at home.” He said.
Chodankar said that Don Bosco college at Fatorda rejected the request of PWD to hold exams as they were not in favor of doing manipulations. “Chief Minister should tell why they rejected the request.” He said.

Alleging that Principal of Polytechnic College is involved in such manipulation, Chodankar has demanded action against him.

“It is also surprising that candidates from OBC and ST are not reflected in general list, which suggest that exams were fully manipulated. Was it on merit, then at least one would have seen on general list. “ He said.

Chodankar said that Congress will come in power in next three months and then they will hold responsible to those who compromised the process.