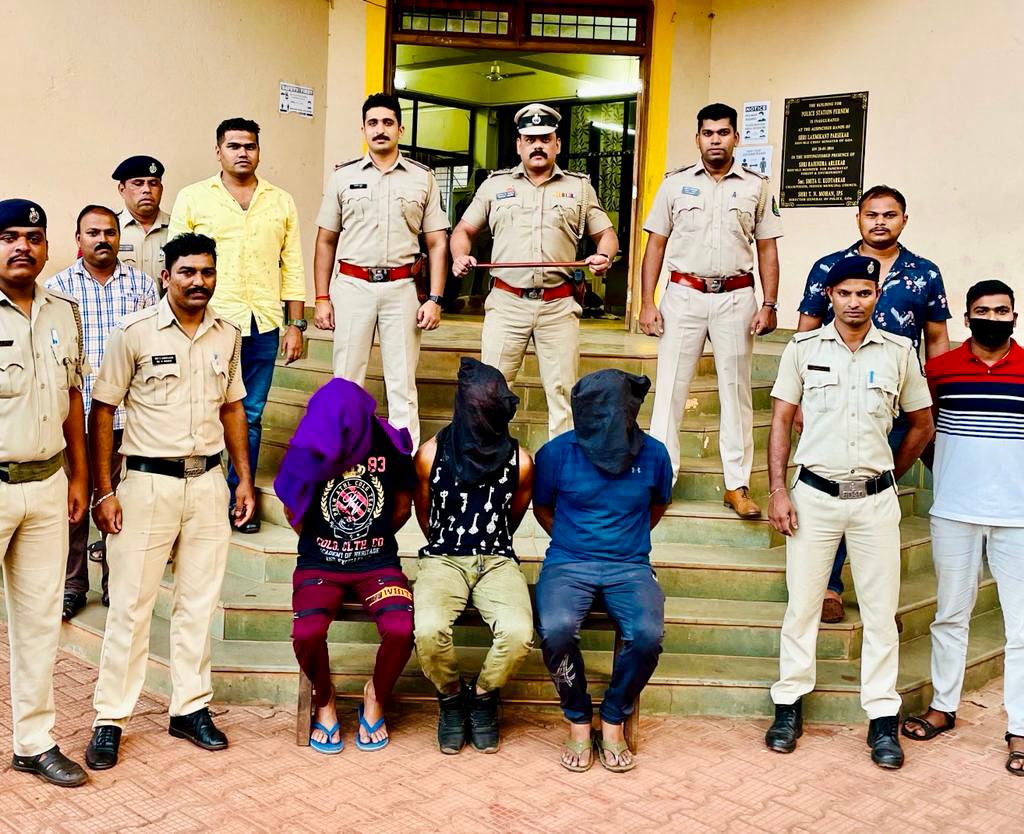 Pernem Police conducted narcotic raid .As per Pernem PI Jivba Dalvi an information was received that on 25/11/21 that three persons who are living in a rented house near Khind Morjim are involved in illegal drugs dealings. Accordingly discreet watch was maintained through physical and technical surveillance and the exact room if the accused persons was traced.

Further police team conducted a surprise raid and during the raid various types of drugs were found in possession of the accused persons.

Presently all accused persons are arrested under section 20(b)(ii)(A), 22(C) r/w 29 NDPS act and are in Police Custody. Police are finding out more details regarding the accused persons.