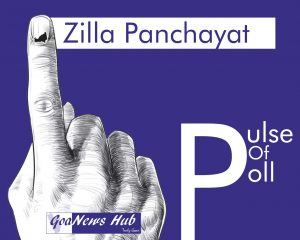 Zambaulikar, whose roots are traced to Zambaulim village in Rivona ZP constituency, was a strong contender for party’s ticket, but was refused the same.

BJP has selected a Scheduled Tribe face in this constituency rejecting the proposal of Bhavesh. Since then, Bhavesh has resigned from all the posts of BJP including that of a member on National Executive of BJYM, and even primary membership.

“I am BJP worker by heart and I will always remain so. I will not join any other party. It’s either BJP or no other party,” said Bhavesh, 40.

After filing his candidature as an Independent candidate from Rivona constituency for ZP election, Bhavesh is optimistic to pull a victory based on his work and also strong support of BJP workers.

Bhavesh refuses to blame anyone in the party for not giving him ticket. “There is a system in the party which was followed and I was denied ticket,” he said.

Incidentally, many of BJPYM workers have stood with Bhavesh for this election. BJP will have to go through a tough task this time in Rivona ZP constituency.