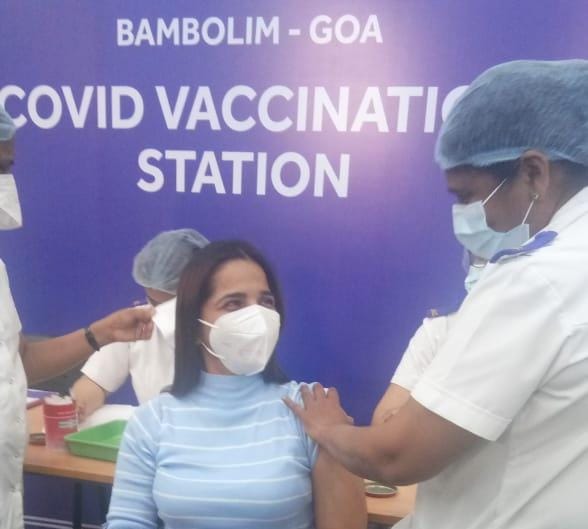 Panaji: A batch of healthcare workers in Goa on Saturday took second dose of COVID-19 vaccine completing their inoculation process.

State Immunisation Officer Dr Rajendra Borkar said  that the second dose was administered to the healthcare workers on Saturday, who had completed their 28 days after taking the first one.

Ranganath Bhojje, a multitasking healthcare worker employed at Goa Medical College and Hospital, near here was the first person to get COVID-19 vaccine on January 16 in presence of Union Minister Prakash Javadekar and Chief Minister Pramod Sawant.

Borkar said that Bhojje was the first one, again, to get the second dose of Vaccine completing his inoculation process.

He was given certificate of vaccination by the team of doctors at GMCH at Covid Vaccination Centre located inside the hospital complex. Borkar said that those who have taken the second dose would get immunity after 14 days.

“Initially, we had given a deadline of February 12 for the healthcare workers to get vaccinated but now it has been extended to ensure that the coverage is maximum,” he said.

Borkar said that the state has begun vaccinating COVID-19 frontline warriors from the departments like police, Home Guards, Civic Bodies,Revenue and Panchayat departments.

There are 15,65 frontline warriors who would be vaccinated before extending the programme further, he added.

Previous articleGoa is being sold off to coal mafia by BJP, charges AAP
Next article5 Day DSLR filmmaking workshop to be held in Anjuna