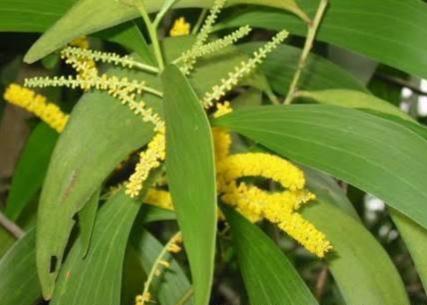 Panaji: The human-animal conflict in the State could be the thing of past in next five years with Forest department planning to phase out Australian Acacia plants from its forest areas with extensive five year plan being in place to replace them with local variety of trees.

The issue of Australian Acacia plant was first raised by Deputy Chief Minister Vijai Sardesai who was allotted Forest portfolio during the second allocation by Chief minister Pramod Sawant.

In his first ever press interaction, Sardesai had said that increasing presence of Australian Acacia was the reason behind animals rushing into human habitation.

Sardesai has now instructed the department to take out work of phasing out Australian Acacia plants from the Forest area of the State.

“State Forest Minister Vijai Sardesai has instructed the department to take up the plan of phasing out the Australian Acacia trees and replace them with local varieties,”  Deputy Conservator of Forest (Planning and Statistics) A Jabestin said.

Jabestin said that the trees were planted by forest department in 80s and 90s as a part of afforestration. “There is also a direction from court that mono culture and exotic species of trees should not be planted in the forest areas,” he said.

The DCF  said that department will draft a plan for each of the protected area by conducting indigenous value index survey to assess the soil condition, the native species and accordingly replace acacia plantation with native mixed and fruit bearing species.

“The focus would be on native variety of fruit bearing trees so that the animals can get their food within the forest and they don’t have to travel out of it,” he said.

“We need to provide required habitation to the animal in the wild to stop them from entering the villages, fields and other areas,” he said.

Jabestin said that  Forest department will conduct a detail study in the protected areas to understand the kind of native species that existed there and the same would be replanted.

“We just cannot go on removing acacia and replace it with some other plantation. We will have to study the environment suitability as well as soil conditions,” he added.

Goa has been facing the issue of wild animals destroying the crops of the farmers. The farmers have been demanding that some species like monkeys, peacocks and wild boar should be declared as vermin so that they can be killed.

FARMERS ACCEPT THE IDEA WITH RESERVATION

Ashok Joshi heads Sattari Shetkari Sangh, a union of farmers who have been badly affected due to animals destroying their crop.

While welcoming the idea of phasing out Australian Acacia from the forest, Joshi insisted that the department should first take up immediate measures to control the animals.

“Cutting Australian Acacia plants can be a long term measure. But right now we need to have immediate measure in place. The animals have actually made farming and agriculture, an unaffordable profession,” he said.

He said that the animals, once they travel to the human habitations, do not go back to the forests as they get food in abundance here.

“The farmers are in difficult situation,” he commented.

Joshi said that the Australian Acacia is also responsible for drying up of water tables in the forest areas. “These plants grow very quickly. They suck out water from the ground and also from air,” he said.

Previous articleGCCI to be voice of small traders, who run the economy of State: Manoj Caculo
Next articleReliance Jio, BSNL drive telecom subscriber base to 1,183.77 mn in April