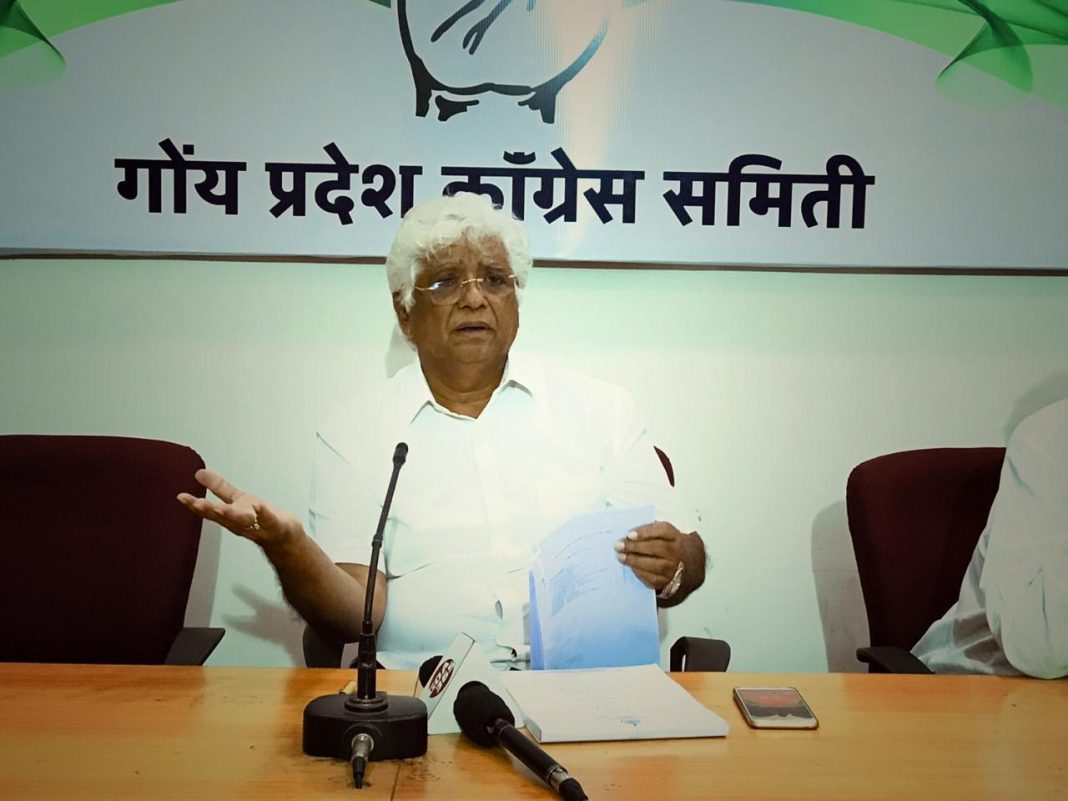 Panaji: Pitching for MGP leader Sudin Dhavalikar and GFP President Vijai Sardesai as Deputy Chief Ministers in Manohar Parrikar led cabinet, Congress party today said that distribution of portfolios to other ministers is a solution to restore governance in the State.

“Goa government has created a history and presented miracle budget. During his seven minute long speech, Parrikar has used words like “he has Josh and hosh,” the Spokesman said.

“Parrikar’s body language and kind of budget that was tabled, it is clear that “na josh, na hosh, sattecha sos” (No Josh, No Hosh only hunger for power).

Khalap said that the Budget which was presented by Parrikar on the floor of the House on Wednesday was just a formality. The entire process was a mockery of Goans.

“This (action of presenting Budget) is a surgical strike on the future of Goans. This is a bad surgical strike,” he said claiming that the Budget was presented half heartedly by the CM.

“Congress condemns the entire issue. There was a simple expectation that Parrikar should have given away few of his departments to his colleagues. He should have done that,” said Khalap, a former Union Law minister.

Parrikar should have given deputy chief minister’s post to Sudin Dhavalikar and Second Deputy CM post to Vijai Sardesai, he said.

The Congress leader also said that Parrikar should give away portfolios like Finance, Home and Planning which are crucial for the Governance of the State.

“Parrikar is holding everything (majority portfolios) in his fist.  The way he is physically unfit, he should have given up his portfolios and worked with his colleagues,” he said.

Previous articleIndian Army Chief meets Parrikar, enquires about his health
Next articleManohar Parrikar to fly to AIIMS, Delhi for regular check up today