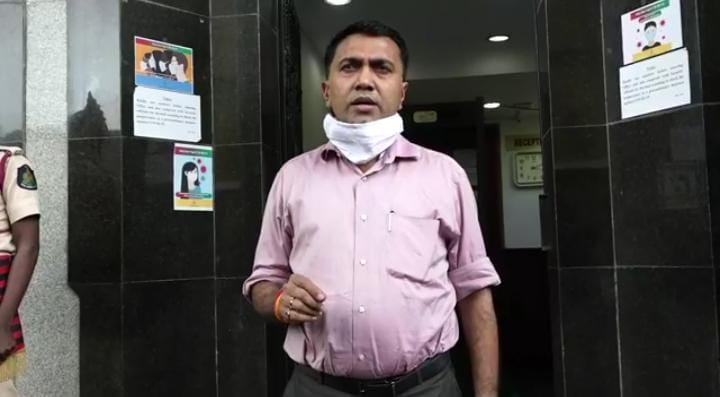 Sawant said that the antibody testing will begin from Mangor Hill area of Vasco town, which has been worst affected spot in the state.

Mangor Hill has already been declared as containment zone.

The chief minister was talking to reporters after chairing the review meeting held at Porvorim to access the possibility of de-sealing Mangor Hill area which has been declared containment zone almost a month ago.

Sawant said that there is no immediate possibility of de-sealing Mangor Hill area as the infection is still spreading in the locality.

As per the data provided by Health department on Sunday more than 250 people were tested positive from Mangor Hill locality.

Sawant said that the state government is sensitive about the problems faced by the people after it was notified as  Containment Zone.

“We have decided that the people from Containment Zone can get themselves tested for COVID-19, and if their test is negative, they can move out of the Zone to join the duties. But they will not be allowed to enter the zone and they will have to arrange for their stay outside the zone,” he said.

Sawant said that there are 8,000 people living at Mangor Hill, of which, 2,000 are already tested.