All the government buildings should be handed over to PWD for maintenance: Nilesh Cabral 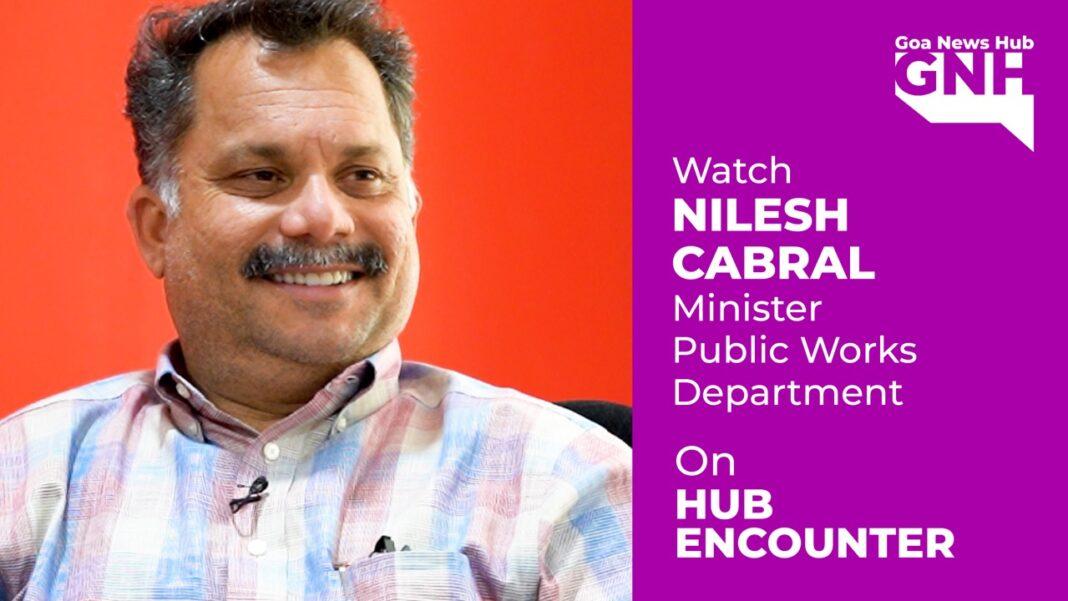 Panaji: With several government buildings waiting for the maintenance, State Public Works Department Minister Nilesh Cabral said that he would be writing to the chief minister Pramod Sawant asking to hand them over to his department for maintenance.

Cabral said on Tuesday that there are several government buildings that are deteriorating and needs urgent attention. “These buildings were constructed by Goa State Infrastructure Development Corporation (GISDC) but were never handed over to the PWD,” he said.

The GSIDC is a special purpose vehicle (SPV) created by Goa government to take up infrastructural projects in the State.

Cabral said that he would be writing a letter to Chief Minister Pramod Sawant urging him to hand over all those government buildings, which the GSIDC, was supposed to hand over to PWD for maintenance and are yet to be done.

He said that the chief minister would be requested to make budgetary provisions for the maintenance of those buildings.

Responding to a question on the recruitments in the PWD which were stalled earlier this year after the allegations of corruption surfaced, Cabral said that the State government has already constituted a committee to inquire into the allegations.

“I will wait for the report from the inquiry committee before deciding on the fate of those jobs,” he said adding that he would be moving a file to the CM to fill 100 posts on a contractual basis till these vacancies are filled.

Then PWD minister Deepak Pauskar was in the controversy after he was accused of accepting bribes to fill 300 posts in the department. The chief minister had stalled the recruitment process.

Cabral said that Goa government’s Staff Selection Commission will fill the vacancies on the contractual basis.