All the four new ministers to get portfolios tomorrow 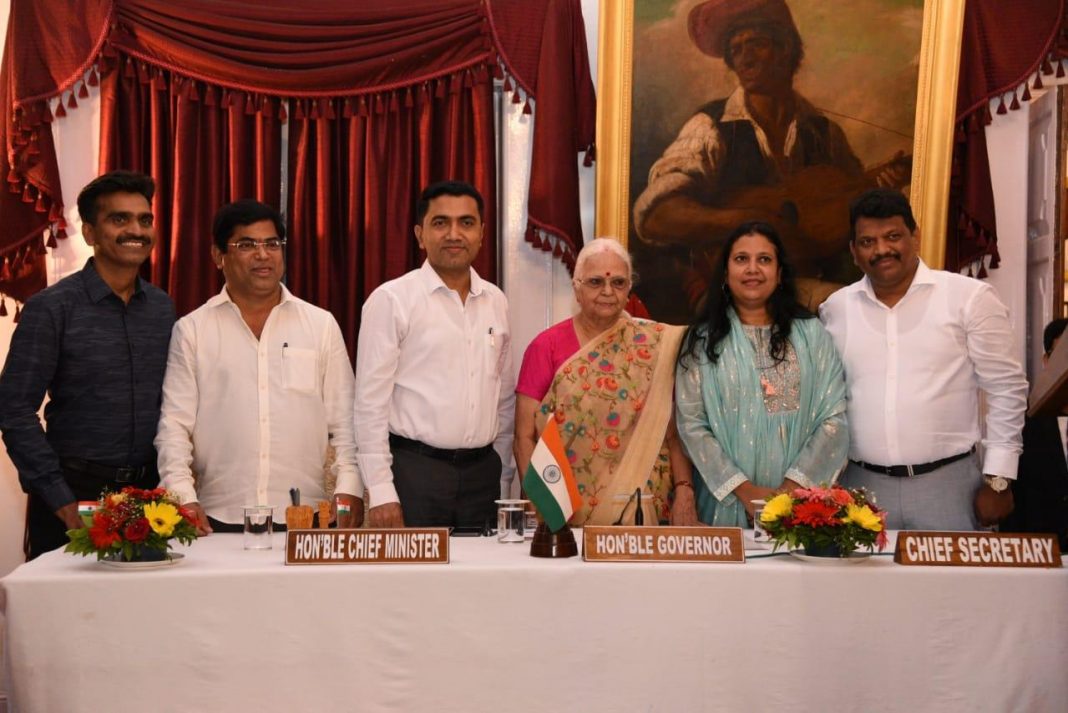 Panaji:  The portfolios for all the four newly inducted ministers in the State cabinet would be allotted on Monday, (tomorrow), chief minister Pramod Sawant said.

Sawant told reporters on Sunday that the portfolios for all the four newly inducted ministers – Chandrakant Kavlekar, Michael Lobo, Jeniffer Monserratte and Philip Neri Rodrigues – would be given on Monday.

Incidentally, the monsoon session of State Legislative Assembly begins from Monday, which will the longest session since the time Sawant took over in March this year after the death of Manohar Parrikar.

When asked how the new ministers would handle questions on the floor of the House, Sawant said that he will handle the situation, if they fumble.

“I will be there to help them out, if they can’t answer,” said Sawant, who has dropped three ministers from the alliance – Goa Forward Party and one Independent on Saturday.

Deputy Chief minister Vijai Sardesai who also heads Goa Forward Party along with his two colleagues – Vinod Palyekar and Jayesh Salgaonkar – were dropped from the state cabinet along with Independent MLA Rohan Khaunte.

The estranged allies had fumed against Sawant for his action, which they say, was against the will of late Parrikar.

A group of ten congress MLAs had merged themselves into BJP on Wednesday increasing the strength of ruling party from 17 to 27 in 40 seat legislative assembly.

Of the total ten MLAs, four were given cabinet berth after dropping the allies by Sawant. The swearing in ceremony was held on Saturday at Raj Bhavan during which Governor Mridula Sinha gave oath of secrecy to all the four ministers.

Kavlekar, who was leader of opposition in Congress Legislative Wing, would be designated as Deputy Chief minister, Sawant confirmed, while keeping in veil the allocation of portfolios to all the four ministers.

Share
Facebook
Twitter
WhatsApp
Linkedin
ReddIt
Email
Print
Telegram
Previous articleParrikar had promised but unfortunately he is not amongst us, Vinay Tendulkar on coalition
Next articleOscar Academy President John Bailey to participate in upcoming IFFI