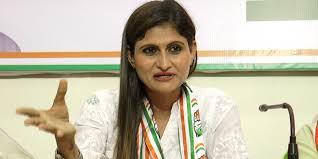 Panaji: Goa Pradesh Mahila Congress Committee President Pratima Coutinho said that the agitation against soaring prices of Onion will continue till government brings them to the normalcy.

She was speaking in a program Prime Encounter on Prime Media.

“The prices of Onions in the neighbouring Belgavi is somewhere around Rs 60 per kilogram. But same is sold at more than Rs 100 in Goa. There is largescale hoarding going on,” she said.

Coutinho said that after the agitation by Mahila Congress, the state government has started distributing the subsidized Onions through Horticulture outlets.

“But the onions are of inferior quality. There are complaints from across Goa  about the quality of Onions. I will be sending my teams to inspect the Onion,” she said.

Coutinho also said that Mahila Congress will not hesitate to sell onions at a cheaper price, like they did during rise of Coconuts.