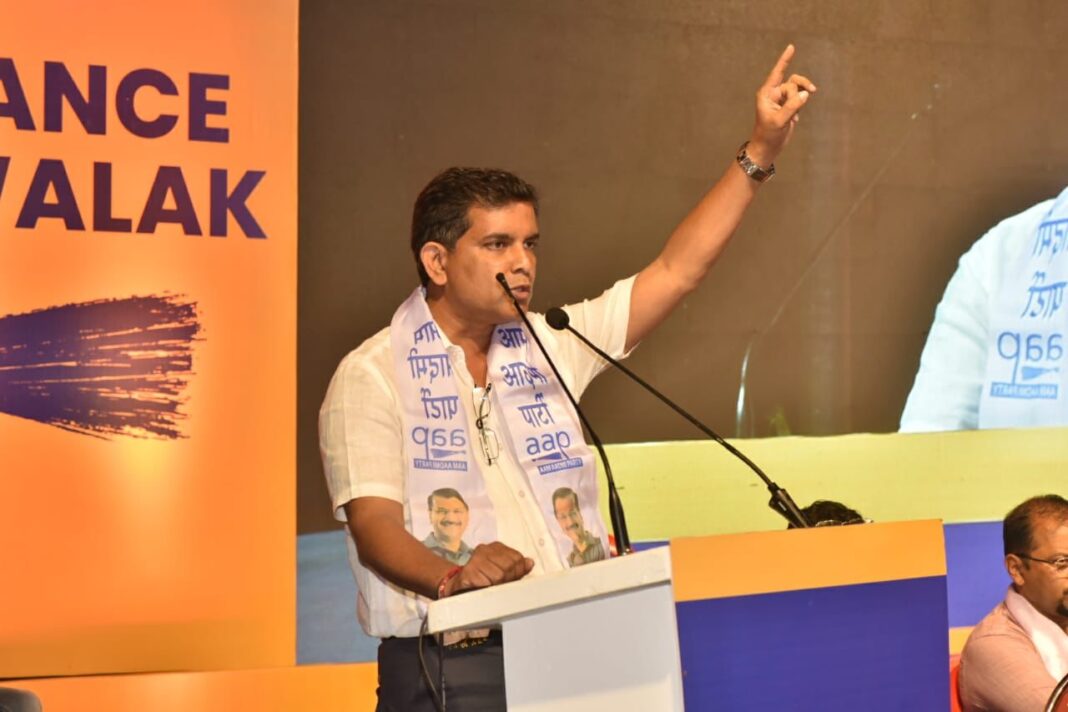 Navelim: Aam Aadmi Party held its first Mahasabha in Navelim and about 5000 people attended the Mahasabha. AAP leader Advocate Amit Palekar pledged to return all bribes taken from job seekers during recruitment. He also launched a hotline to report bribery during Mahasabha held at Navelim on Thursday.

The people gathered at Mahasabha expressed that the AAP is the only party which will bring a change in the state and will provide honest governance. They also said that a leader like Amit Palekar will change the fate of Goans by working for common citizen.

Palekar alleged that no process has been followed during recruitment and that people have been appointed before appointment letters are issued. He also claimed that 95 per cent of the jobs were given to people from Chief Minister Pramod Sawant’s Sakhali constituency and Health Minister Vishwajit Rane’s Valpoi constituency.

While addressing the gathering he said, “If the AAP is elected to power, these thieves will be punished so severely that no one will dare to make money from people in the future and our government will get your money back from them”.

“The recent job scam clearly shows that talent and marks are not important in Goa any longer. Getting a government job is not easy as it seems. It requires bribery or having a kinship or friendship with a minister. It may change, if all Goans come together and vote for an honest party like AAP”, he added.

“We will ensure that only the deserving people will get jobs in the state government. The current practice of recruiting people in government through favours from MLAs or influential politicians will be discarded. The entire system of job recruitment in the government sector would be made transparent and accountable,” he added.

He further said, “This used to be the case earlier in Delhi as well and obtaining government jobs required paying bribes. As a result, Delhiites came together and voted for AAP. Today, the Kejriwal government has been providing the government jobs only on merit. AAP have revolutionized the whole system in Delhi”.

He claimed that the BJP government is busy doing scam after scam. From 10,000 jobs to ‘Sarkar tumchya dari’ event everything is a scam. The outsourced agencies for job interviews are a big scam. On the other hand, AAP leaders are busy meeting big industrialists so that job creation could be done. Unlike the BJP,  AAP never does fake promises. 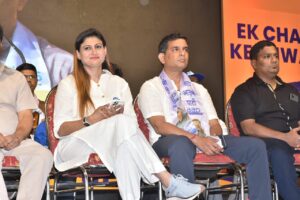 AAP vice president Pratima Coutinho stated that the Sawant government had been sleeping for five years but when Kejriwal promised employment guarantees to Goans, they woke up and dangled the 10,000 jobs carrot before elections. She urged youth not to fall prey to this carrot.

She further said, “Unlike the Sawant government, Kejriwal never do fake promises. If AAP voted to power, we will ensure that 80% of jobs, including in the private sector, will be reserved for local people. We will provide a monthly remuneration of ₹5,000 to families dependent on the mining and tourism industries till these sectors are normalised. At least one unemployed person from each family in Goa would be given a government job and jobless youths will get a monthly allowance of ₹3,000 till they find jobs”.

“Apart from this a Skills University will be set up in Goa on the lines of Delhi where youth would be skilled and made employment-ready. We will also bring legislation prioritising jobs for the people dependent on mining in the mining industry once it resumes”, she added. 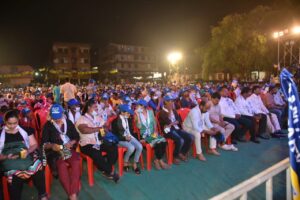 Currently, AAP has ramped up its door-to-door campaigning and Parivartan Yatras in the State.