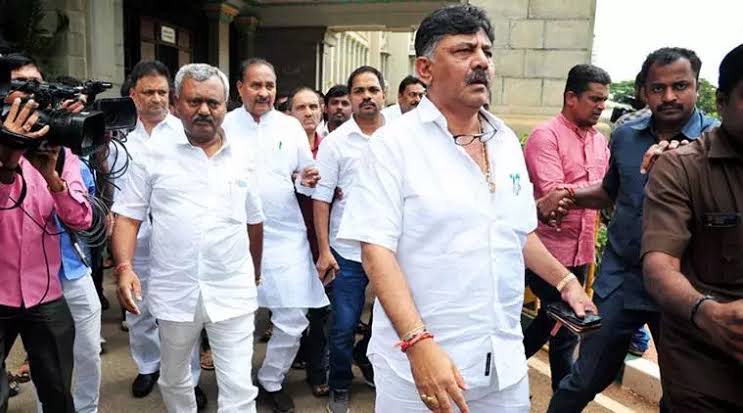 MUMBAI: Fourteen MLAs of the ruling JD(S)-Congress government in KarnatakaMonday left for Goa as the scene of action on the fate of the Kumaraswamy-led regime shifted to the coastal state.

The MLAs, including 10 of Congress, two of JD(S) and two Independents, left for Goa in the evening and are being accompanied by MohitBhartiya, president of the Mumbai BJP Yuva Morcha, sources said.
Maharashtra BJP legislator Prasad Lad said the 14 MLAs left the luxury hotel in suburban Bandra where they were put up, at 5 pm. They are expected to stay at a resort in Goa, sources said.
Twelve MLAs arrived in Mumbai on Saturday evening and two had reached Mumbai Monday.
Karnataka’s year-old Congress-Janata Dal (S) coalition government is on the brink of collapse after the spate of resignations by the MLAs.
The Karnataka Assembly has 225 members, including one nominated MLA. The halfway mark in the 225-member assembly is 113.
Before the latest spate of resignations, the Congress had 78 MLAs, the JD(S) 37 and the BJP 105. The Congress-JD(S) coalition effectively had the support of 119 MLAs in an Assembly where the halfway mark was 113.