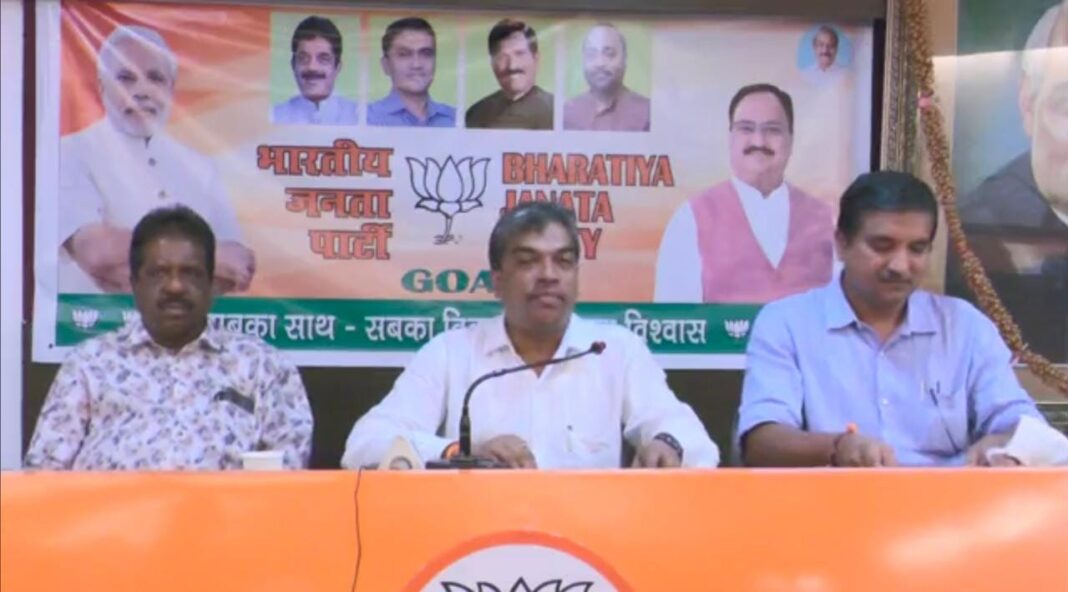 Panaji : Former MLA of Fatorda constituency and General Secretary of Bharatiya Janata Party(BJP), Damodar (Damu) Naik slammed Aam Admi Party(AAP) for declaring seven promises ahead of Goa assembly elections. The press conference was addressed by BJP spokesperson Sidharth Kuncalienker, BJP vice president Anil Hoble and Damu Naik.
“Delhi cannot be compared to Goa, while the latter’s budget is twenty thousand crores the former’s budget is seventy thousand crores,” said Naik.
Goa is self-sufficient and the government of Goa has already given Goans the benefit of Griha Aadhar, Ladli Laxmi, DDSSY, “There is already 80% job reservation in the private sector. Why is AAP promising this now?,” asked Naik.
Citing a newspaper article Sidharth Kuncalienkersaid  “RTI reports filed by Delhi Pradesh Congress Committee and the statistical handbook of Delhi’s employment exchange showed that the AAP government provided only 214 jobs till 2017”. He said AAP has failed to fulfil promises on different fronts

“They are good salesmen trying to sell dreams to people of Goa, Goans will not be misguided by these bogus promises” concluded Naik.

Previous articleMementos received by PM Narendra Modi as gifts can now be owned by you!
Next articleAAP Goa Desk incharge Atishi hits out at BJP