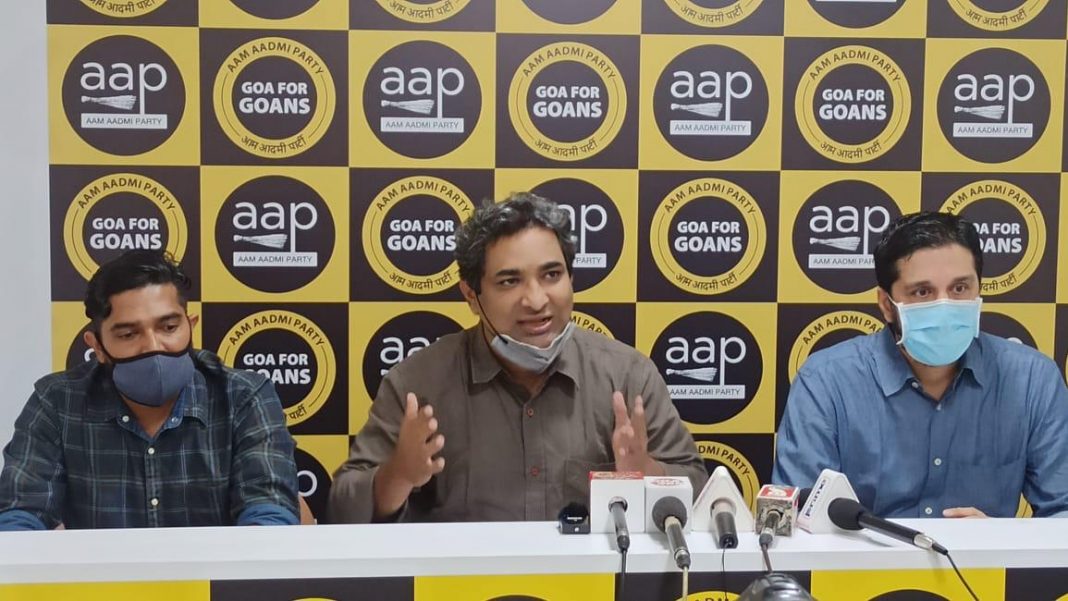 Panaji: The Aam Aadmi Party on Thursday announced a “Veej Andolan” in Goa to challenge the BJP government in the state to provide uninterrupted power supply to Goans and also provide it for free to those consuming up to 200 units per month.
AAP leader Valmiki Naik pointed out that frequent power cuts are common in areas like Netravali in Sanguem taluka, Canacona, including Panjim, and Power Minister Nilesh Cabral’s hometown of Curchorem, because of which people have to unnecessarily invest in inverters and other power backups.
“Not only are the power cuts inconvenient but power fluctuations are another cause of worry,” he said, reporting that people all over Goa complain of their electrical equipment getting damaged due to power fluctuations. To add to the suffering caused due to power cuts and fluctuations, Goans receive hefty bills from the electricity department. These bills, instead of being generated every month, are sent as accumulated bills that are too high to pay at one go,” Valmiki added.
Valmiki asserted, “In the debate, Cabral accepted that the Goa government has not been able to provide an uninterrupted supply to Goans despite being in power for nine years. His hollow promises of making this possible in Goa in the next 9 months is something nobody in Goa believes as he has been utterly incompetent in the last two terms.”
“Looking at the power situation in Goa, we are reminded of a similar situation in Delhi that existed in Delhi until 2013. Thereafter, Arvind Kejriwal took charge and changed the situation drastically. Today, Delhi does not have any power interruptions, has a steady voltage, and people get electricity round the clock,” AAP Goa Convenor Rahul Mhambre said.
The AAP leaders mentioned that every domestic consumer in Delhi whose consumption is up to 200 units of power per month is not given any electricity bill as it is free for them. Those consuming 200 to 400 units per month are charged only 50 percent of the total bill. They further asked the Goans to check with any friends or relatives they have in Delhi to know the power scenario in the national capital and compare that with Goa.
Mhambre said, “Goa also wants a 24-hour power supply and in fact, deserves it. It can be provided to them but unfortunately, both the BJP and Congress have failed. They neither have intent nor plan to provide this basic necessity to Goans. We demand from the CM that Goans be provided 24-hour continuous power supply, put an end to power cuts and make 200 units of electricity-free and up to 400 units bills half.”
The AAP has launched ‘Veej Andolan’ to force the Pramod Sawant-led BJP government in Goa to give relief to Goans from power cuts and high power bills.
“Today, we are also launching a referendum in Goa that will pose three main questions to Goans – Do Goans want end to power cuts immediately, Do Goans want free electricity up to 200 units and half rates up to 400 units, Should Pramod Sawant listen to Goans or his party high command.”
“The referendum can be signed by a missed call on *7504750475*, post which a link will be sent to sign the referendum.
This referendum will also be conducted by our volunteers in market places and will also include a door-to-door campaign. We will also conduct close to 200 street corner meetings for the same,” said Rahul Mhambre.
- Advertisement -