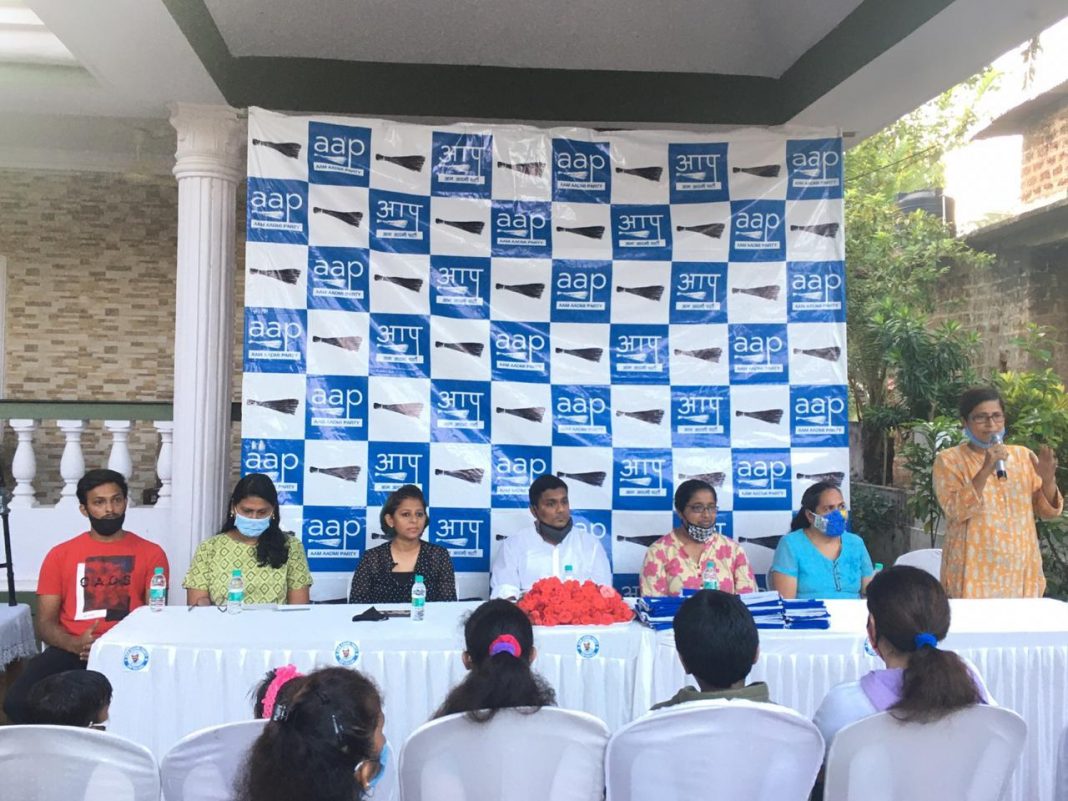 Panaji: Around 80 women, mostly from Carmona village on Friday joined the Aam Aadmi Party thereby launching AAP’s women wing in Benaulim constituency.
Speaking on the occassion, Capt Venzy Veigas said, “It was high time women began asserting themselves specially in Benaulim constituency as they outnumber the males.
Flossy Rodrigues who joined AAP said they were fed up with the manner how parties like Congress and BJP only use people.
“These parties have destroyed Goa and Goans for their own personal gains,” she said and added that AAP is truly a party of the common people and for the common people.
“It’s becoming increasingly difficult for us women to run our homes due to sky rocketing prices of vegetables and government is ignoring our plight.Govt is incapable and it is time that we women should choose a Govt who can work for Women,” Patricia Fernandes said.
Olda George pointed out that women live in Goa while their husbands work overseas and hence suffer from the wrong governance.
“Since we bear the brunt in Goa it is time we women come forward and assert ourselves,” she said.
The women’s wing also launched the Medical Equipment Facilitating Unit for the rural population which will give medical equipment on returnable basis to deserving people.
“We shall be distributing wheel chairs, crutches and hospital beds,” he said adding that since women look after the family and community it was apt to launch the women’s wing in the village.
- Advertisement -