42 per cent increase in power generation in the state: Nilesh Cabral 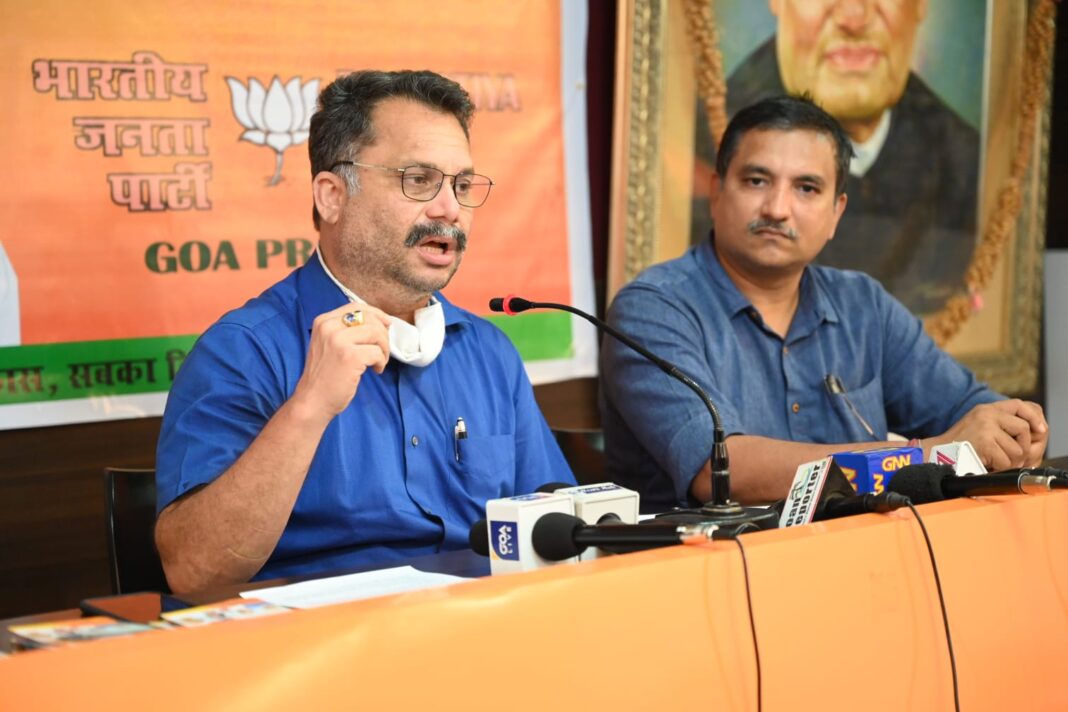 Addressing a press briefing in the BJP Goa Pradesh headquarters, Cabral said in one decade of BJP’s rule, the State has made tremendous progress in the power sector.

“Various power generation initiatives by the BJP government during the last 10 years have resulted in a 42 per cent increase in power generation in the State. Moreover, a good project is being set up in the coastal areas for which the Centre under Hon Prime Minister Narendra Modi ji is extending full-fledged support,” he said.

He further informed that the government’s decision on one time settlement scheme has benefited thousands of power consumers. Cabral said the plan was being implemented once again.

Cabral added that although COVID-19 pandemic has made a global impact, the Goa government still achieved many targets while also reforms in the power sector will have a positive impact in the years to come.

“Goa was the first State to buy electricity at a higher rate and give it to farmers at a lower rate. In the past, the power supply was losing 12.5 per cent. However, the loss has now come down to 10 per cent. Soon, it will be 7 percent. Also, 22 MW of electricity has been generated in Goa through Roof Solar Energy and another 10 MW will be generated through Solar in the near future,” he said.

Goa also benefited from the One Nation One Grid scheme that allows Goa to purchase electricity from any grid. Cabral said that the demand for electricity in Goa has increased by 40 to 50 per cent for which the government has made watertight arrangements as the department has installed 32 power transformers.

The Goa government has further set up new substations at Bogda Vasco, Karaswada, and Sal, besides which a GI sub-station has been set up at Davorlim and work on Dabolim sub station is set to be inaugurated soon. Likewise, work on a substation at Altinho is underway.

The BJP government, Cabral said, is also working towards solar energy by ensuring all the government buildings generate electricity through solar power. The solar and battery solar projects will be launched with the help of hybrid technology.

The electricity department also brought 500 smart meters and installed them across selective places for testing. If the project is a success, new smart meters will be introduced in the coming days.

Cabral reiterated that the Goa government has achieved enormous success in the power sector which has not only benefitted consumers, industries but also farmers. Immense Support from the Centre has boost government’s initiatives in the small State.