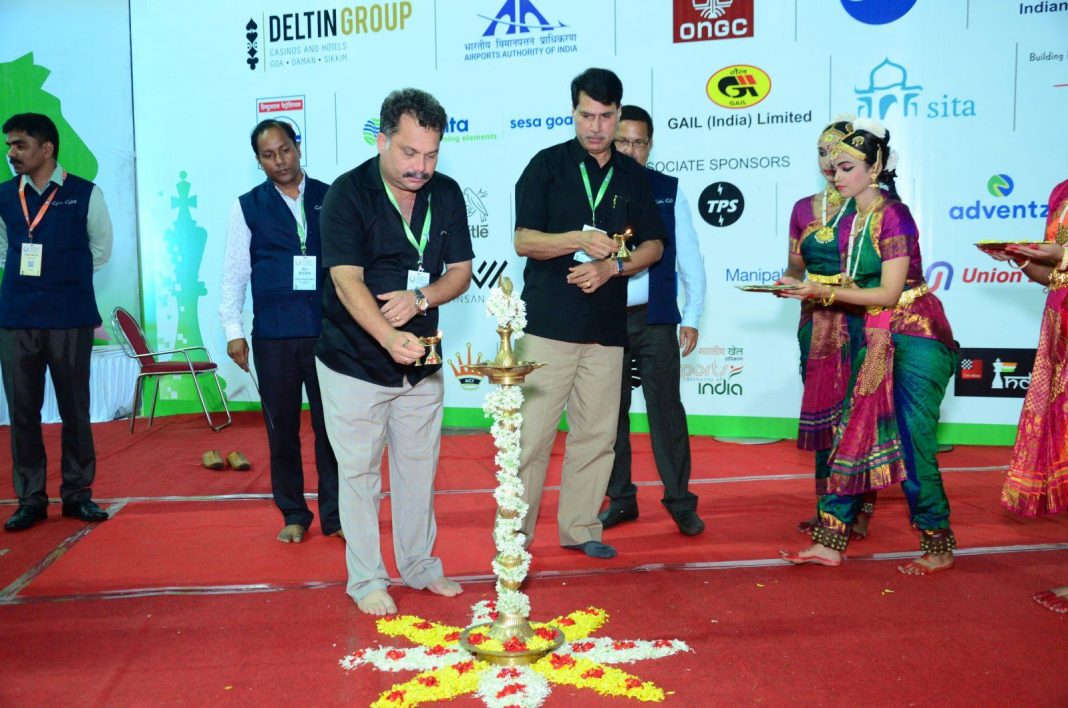 Following the success of the 1st Goa chess, the second edition turned out to be bigger and better with 37 Grandmasters including 5 Super  Grandmasters with around 100 titled player with over 1200 participants  from across 23 countries.

Speaking during the occasion Goa Chess Association (GCA) President  Nilesh Cabral said,  “We have received a great response from the  participation for this tournament which has indeed grown from last
year’s figures and this is the sign that we are growing. I welcome all  the 1200 odd participants who have come a long way and we wish them a  successful tournament ahead,” added Cabral, who welcomed all the 37 GMs personally.

“And I hope you will be looking forward to participate in our next event  which will be announced during the closing ceremony. We are here today  to develop chess in Goa and at National level and to help our Goan  players to rise up. This gives the players a chance to increase the  norms .We have changed our system to only make this tournament better  then last time. Our aim is to recognise Goa as one of the best chess  destination across the globe,” added Cabral who thanked the Goa  Government for helping them by providing financial token.

Cabral played the first move of the tournament with Venezuela’s No. 1  payer Iturrizaga Eduardo Bonelli, who is tournament’s top rated player,  to announce the tournament open.

Speaking during the occasion AICF Treasurer and Tournament Director  Kishor Bandekar, “We are having our second edition just after nine  months and we are thankful to AICF for having faith in us and giving us helping hand to make it a huge success and make it a best chess event in India,” he said.

“I am happy to announce that we have a distinct record of having 37 Grandmasters from across 23 countries participating in the event and I thank each and everyone for making this a special event of our country.
And I look forward to get same support in time to come,” added Kishor.

“We have a tri-coloured theme with a mix of Mahabaratha this year  showcasing our diverse nature and culture to the world. This year, has
been truly special as we have maximum participants in the tournament  which was the dream of GCA President Nilesh,” Kishor concluded thanking
CM Pramod Sawant, Sports Minister Babu Azgaonkar and SAG Director VM Prabhudesai for their support for making this a success.

VM Prabhudesai SAG Executive Director, “We are happy to see GCA and AICF  organise this GM tournament back to back in Goa. The Chess association  has been working tirelessly and under the leadership of dynamic Power  Minister who is also heading the Goa Chess Association, we will witness
good days in the State. I wish all the participants all the best,” said  SAG director announcing support of Rs 20 lakhs for the event.

All India Chess Federation (AICF) Vice President International Master  Sekhar Sahoo said, “Goa is a emerging state in the sports of chess as it  has managed to produced maximum players with the likes of Anurag Mhamal,  Bhakti Kulkarni and I feel Goa is second fastest emerging State in  chess. The GCA has been moving forward and I would like to thank  Bandekar and Nilesh for doing a great work in the State,”