16,000 litres of drinking water free from next month, CM announces during Independence Day 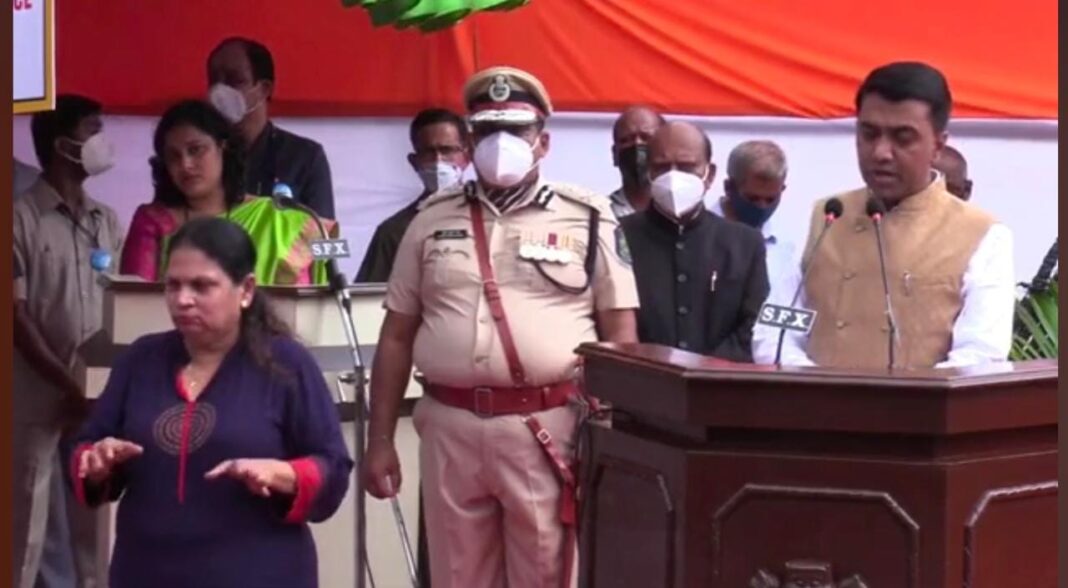 Panaji: Chief minister Pramod Sawant said that Goa has become the first state to cover 90 per cent of its eligible population with the first dose of COVID-19 vaccine.

The chief minister was addressing the state level function of Independence Day on Sunday at Panaji. He said the state will vaccinate entire eligible population with the first dose soon.

“We undertook the vaccination drive in the state and I am proud to announce that Goa became the first state to cover 90 per cent of its population with the first dose,” he said.

He said that the state fought back the pandemic ably due to the efforts of various frontline workers and covid warriors, who were in the field during the outbreak of COVID-19.

Sawant said that the state government continued with all the social welfare during the pandemic times.

In a populist announcement, Sawant said that from September 01 onwards, the Goans will get 16,000 litres of tap water per month free of cost.

Sawant also assured that the government will not compromise on the inter state water dispute on Mahadayi river. “We will not stop till we win our battle on Mahadayi issue,” he said.

In his speech,  Sawant remembered the Indian Olympicians who won the medals during recently held event.

Sawant said that the skill honing has also been given thrust in the academic curriculum.

“500 organic clusters have been developed by including 12,000 farmers into it. He said that the e-krishi activities are launched so that the farmers are reached out through digitalization,” the chief minister added.

During the year 2021, 6571 farmers were paid subsidy of Rs 33 crore as a part of white revolution in the state, he said.