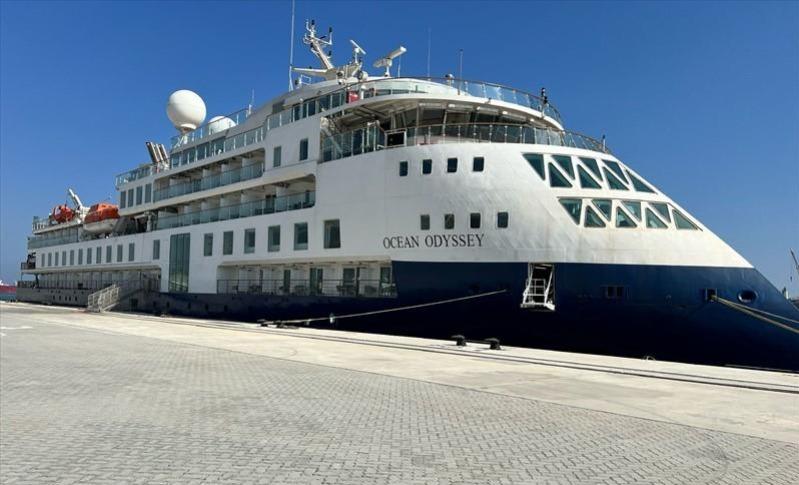 Panaji: Around hundred American tourists who had arrived in Goa on a Cruise ship had to cancel their sight-seeing in the coastal state, following protests by local taxi operators on Wednesday at Mormugao Port, 40 kms away from here.

The Cruise operators have taken strong objection to the incident lodging a formal complaint with Chief Minister Pramod Sawant. The operators have said that such an incident is portraying Goa in a bad light on the international tourism sector.

Francis Vaz, manager of Le Passage to India, a tour operating company, said that a group of taxi drivers stopped the buses which had gone to the Port on Wednesday to pick up the tourists from the USA who had arrived by Cruise Ship – Ocean Odyssey.

Vaz stated that Mormugao Police Station had to intervene in the matter but the leaders of Taxi Union refused to budge, following which the tourists had to go back to the Cruise Ship cancelling their Goa sight-seeing.

He said that the ship left for Cochin on Thursday.

“Goa is the only Port where these tourists faced problem. They have been visiting other Ports including Mumbai but they did not face such issues,” he said.

A group of operators handling the cruise ship arrivals on Thursday met chief minister Pramod Sawant. Vaz said that the Chief Minister has assured inquiry and action into the incident.

When contacted, Mormugao Police Station incharge Raghoba Kamat said that they would be sending Preventive Action Report against all the Taxi operators who were involved in the incident.

He said that the police are conducting the inquiry. ,